The wait is coming to an end! After the epic WandaVision, Marvel fans can’t wait for the upcoming Disney+ Original series, The Falcon and the Winter Soldier. Marvel Studios has dropped another trailer five days ahead of its premiere.

The trailer depicts Sam Wilson aka Falcon (Anthony Mackie) who has his own flair when wielding Captain America’s shield. It begins with Chris Evans and Mackie’s parting dialogues in Avengers: Endgame – “It feels like it belongs to someone else” (referring to the shield).

Sam Wilson’s big conundrum is at the heart of the Original series – even though he received the vibranium weapon from Steve Rogers himself, its legacy is a complicated one.

“That shield represents a lot of things to a lot of people,” his ‘co-worker’ and Steve Rogers’ best pal Bucky Barnes is seen exclaiming. Nevertheless, Sam has his own way of taking the legacy ahead as they face off new challenges, new threats and new villains. However, he can pull off Steve’s signature flips before snatching it out of the air.

Both Sam and Bucky (Sebastian Stan) struggle to exist and figure out this new responsibility in this world without Captain America when new and old threats emerge: a masked vigilante group and Helmut Zemo (Daniel Bruhl). They’re not necessarily a team but ‘coworkers’ who Sam says look ‘damn good together. 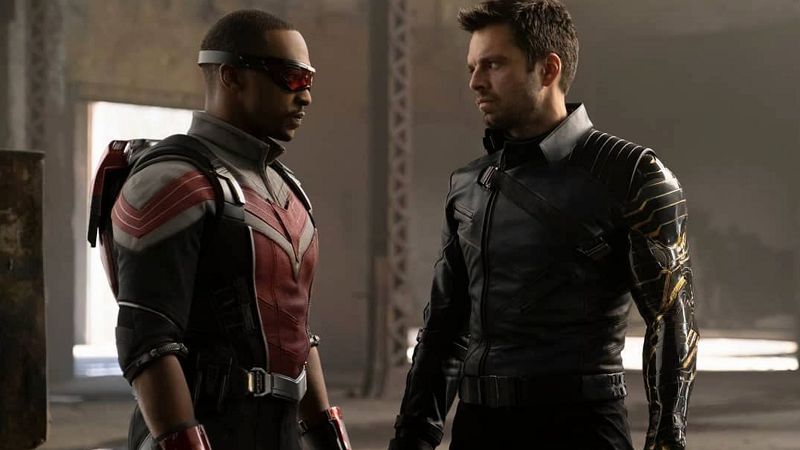 The Falcon and the Winter Soldier begins streaming 19 March onwards on Disney+ Hotstar in India.