Disney+ has announced “its biggest content drop ever” with the initial lineup of its new streaming brand Star. 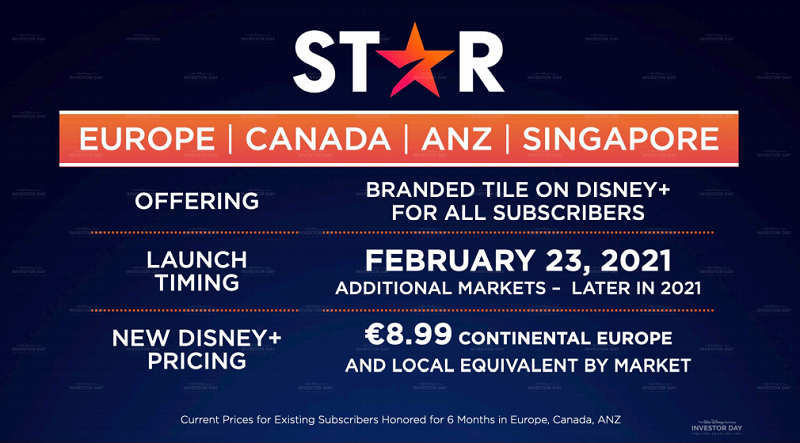 At the time of its launch in the UK, Star will launch with 75+ TV series, than 270+ movies, new releases each week and more which are set to be announced soon.  While in Australia and Canada, there will be around 500 titles added at launch.   This is more than the UK is getting due to existing streaming contracts.

Disney+ has been a massive success since its debut, pulling in over 85 million subscribers worldwide within a year of its launch and the strength of Disney’s brand has been one of the reasons for this. With a massive collection of well-established franchises and a vast library, Disney+ is a huge hit with families and children.

However, one of the problems the streaming service is facing in comparison to its streaming rivals – Netflix and Amazon Prime Video and others is gripping content appealing to the mainstream adult audience.  Despite having a vast library of National Geographic documentaries for adults, there aren’t many drama series available that haven’t been on the Disney Channel.

Hence inclusion of Star with the platform will strengthen its position as a global streamer in many ways. With over 1000 titles being added to Disney+ via the Star brand within the first year, including mainstream binge-worthy shows like 24, Lost, Desperate Housewives, How I Met Your Mother and major franchises like Die Hard, Aliens, Planets of the Apes, Predator, Deadpool, Borat, Solar Opposites, Buffy the Vampire Slayer, Firefly and more. Previously announced titles such as Love, Victor and Big Sky will also be available 23 Feb. onwards.

Star’s addition basically doubles the size of the Disney+ library and its content not aimed at children.

This expansion was needed as it will make Disney+ more compelling to adults and teenagers, without having to just rely on Marvel and Star Wars to keep them hooked. In addition to popular and hit series and movies, Star will also have addition of over 35 Originals arriving on Disney+ in 2021, is just as important to the growth of Disney+.

With new content dropping onto Disney+ weekly, subscribers are keeping engaged, for shows like WandaVision or The Mandalorian or the upcoming Falcon and the Winter Soldier, then spotting other films or shows will keep them subscribed.  Which is why Disney is adding Star to Disney+.

There’s another important reason for the expansion of Star, across Europe, streamers are required to have content available that is made locally and these rules are set to be introduced in Australia and Canada. Reports suggest that it’s much easier for Disney to create original content or purchase content and put it under the Star banner, since it doesn’t have the Disney brand connected to it, which implies a certain quality.