Post the huge success of the first instalment, Audible, the leading creator and provider of premium audio storytelling, and DC have greenlit the much-anticipated second and third instalments of The New York Times best-selling, multi-part original audio drama series, The Sandman: Act II and The Sandman: Act III.

The Sandman is the best-selling and most pre-ordered Original in Audible history, and the second and third instalments will premiere exclusively on Audible. The announcement follows The Sandman’s hugely successful debut in 2020, which broke records for the most pre-orders of any Audible Original title and earned the distinction of being the best-selling Audible Original in the company’s history. The Sandman also occupied the #1 spot on The New York Times Best Seller Audio Fiction list in July 2020 and August 2020. 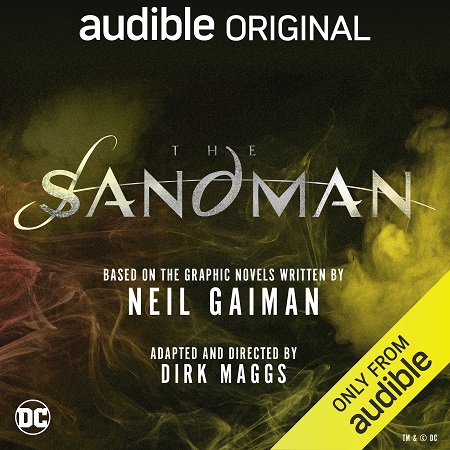 Commenting on the announcement, Audible US Content head and executive vice president Rachel Ghiazza stated, “Following its incredibly successful launch on Audible last summer, The Sandman thrilled audiences and established a new bar for Audible Originals, which is a testament to the quality of the audio experiences we are creating at Audible and our listeners’ appetite for them. Audible is proud to be a home for creative visionaries who are bringing extraordinarily immersive stories, like The Sandman, to life. We cannot wait for listeners to enter ‘The Dreaming’ again and wanted to give fans, even more, to look forward to by greenlighting not just one season but the next TWO highly anticipated instalments.”

Gaiman shared, “It was thrilling to be a part of the fastest-selling Audible fiction title and to watch it break records. I’m excited to discover what other surprises the genius Dirk Maggs has up his sleeve in the next volumes of Audible’s The Sandman. It’s like making movies for the ear that go straight to the brain. And soon it will be time to meet the whole family, then to go back to Hell once more, as Morpheus confronts Lucifer in Season of Mists.”

Maggs added, “I can’t wait to return to The Dreaming with Neil, DC and Audible. We have a big vision for the next two seasons and the stories in this next instalment are among the best Gaiman has ever told.”

The first instalment of Audible’s The Sandman, which adapts volumes one to three of the graphic novel series of the same name (Preludes & Nocturnes, The Doll’s House, and Dream Country), debuted in July 2020 and is available exclusively on Audible.com. This second instalment will adapt Season of Mists, Distant Mirrors, A Game of You and Convergence from the graphic novel series and the third instalment will adapt Brief Lives and Worlds Ends, diving deeper into the world of The Sandman.

The Sandman instalments join a robust slate of Audible Original audio dramas including Yard Work written by David Koepp and starring Kevin Bacon, Phreaks starring Christian Slater and Ben McKenzie, When You Finish Saving the World written and performed by Jesse Eisenberg, and many more.