Comic book enthusiast and director Kevin Smith will narrate Slugfest, the Russo Brothers’ new Quibi series about the early days of Marvel and DC. Avengers: Endgame directors Joe and Anthony Russo were joined by Smith recently for an NYCC panel to discuss several topics, one being the docuseries.

Anthony shared, “We want to announce here something special. Kevin, I’m gonna embarrass you for a second, but your voice, Kevin Smith’s voice, has become almost pavlovian for me in terms of like, when I hear it, I know I’m gonna hear fresh, creative, innovative thoughts on all of my favorite subjects. So it gets me going right away the second I hear your voice and it couldn’t be more thrilling or appropriate that you, sir, are the narrator of Slugfest. We’re very thrilled about that and I think audiences are going to as well.” 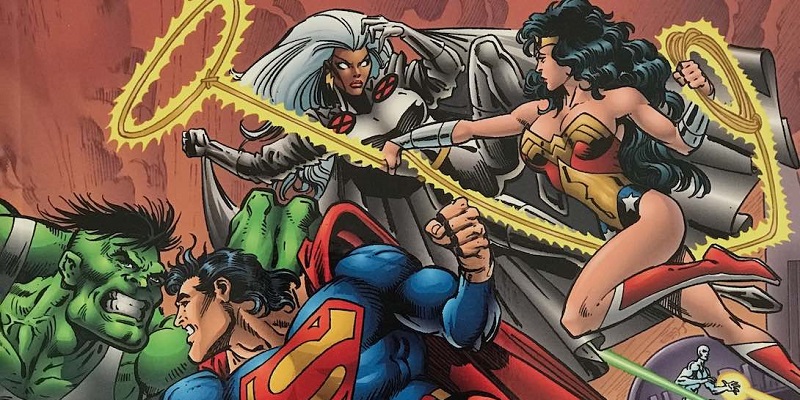 “This was the show that as a kid growing up reading comics — not just enjoying the stories of the characters themselves, but knowing the stories of the people who made the comic books,” said Smith. “The artists and writers that I loved. The rock star names of my childhood. You dreamed that there would be a behind the scenes show or somebody would do some sort of fictionalized version of the adventures of the Marvel bullpen. They did it, ladies and gentlemen.”

The series is inspired from the book Slugfest: Inside the Epic, 50-year Battle Between Marvel and DC by Reed Tucker.

Joe Russo said that, like Smith, their love of comic books goes back to their childhood. He explained that he was “fascinated with the folks working in the bullpen as much as [he] was with the heroes.”

Executive produced by Russo brothers and narrated by Smith, Slugfest is a docudrama featuring commentary from industry professionals as well as actor recreations of historical events. The series premieres on 9 November on Quibi.