The theme song of Winsing Animation’s popular IP, GG Bond, (猪猪侠 in Chinese), has gone viral on social media. The kids IP is one of the flagship properties of the Chinese animation company.

Launched in 2006, GG Bond has enjoyed a huge fan following. Its recent theme song has become a big hit on all the major social media/VOD platforms in China. The lyrics of the song – “I want to pilot a plane, I want MP3, I want ice cream…” connected well with the younger audience and has received a million views.

This funny and positive music video has been quite popular in dance videos among the kids and gotten a lot of attention from being used on different social media platforms such as – TikTok, NetEase CloudMusic, QQ Music, Bilibili, and more. Many famous artists and influencers have shared dance videos with the song. 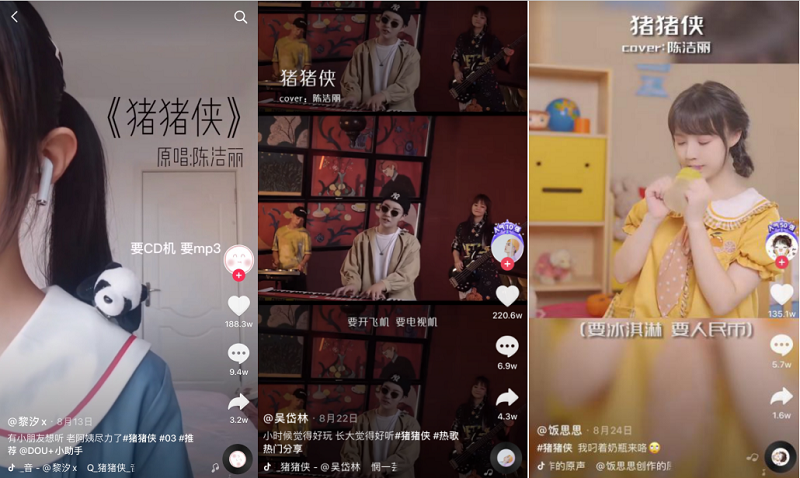 Till date, there are over 1.25 billion views with more than 74K videos hashtagged with GG Bond on TikTok in China. The videos relating to GG Bond Themed Song have exceeded 12K, gaining over 59 million views. This song has climbed up to ‘Top 2’ of trending topics on QQ music (owned by Tencent), while it comes to ‘Top 3’ in Kuwo Music. It’s still trending on many other social media platforms.

Founded in 1986, Winsing Animation started its business from a music & audio studio, which achieved great success in the 1990s. Over the years, the company stepped into the animation industry in 2003 and debuted its first animation brand – GG Bond. In the past 17 years, GG Bond has produced 16 TV animated series, three  spin-offs and five feature films. Thus, it holds a special space for many who have grown up watching it as it triggers nostalgic memories.

Winsing Animation also operates a business chain including content production and distribution, merchandising and licensing, stage shows, theme park, etc. With the strong capability to develop the original IPs and high annual production volume, Winsing Animation has become one of the most productive and popular 3D animation brands in China.