Winsing Animation showed up at The 32nd Shenzhen International Toy & Education Fair (TOY EDU CHINA) that happened between 6 to 8 August, 2020 in the southern city of Shenzhen.

Originally scheduled to be held in March, the fair was postponed this year due to the COVID-19 outbreak. Taking place at Shenzhen World Exhibition & Convention Center this year onwards, TOY EDU CHINA is a one-stop platform for global insiders. This fair is the largest toy trade show in China and an important event for licensing professionals interested in demonstrating and promoting new products and innovation with rising world reputations. It is the first offline fair gathering in seven halls during the current health climate. 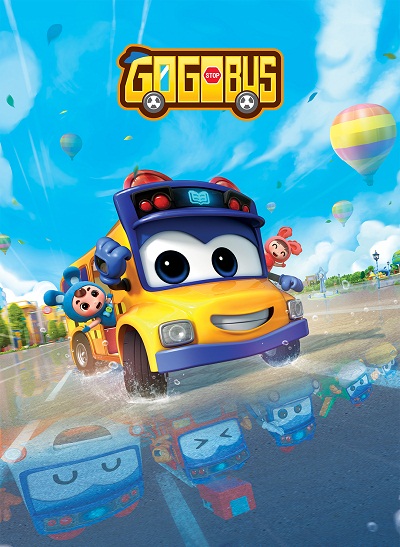 Winsing Animation touched down the TOY EDU CHINA 2020 with its well established IPs – GG Bond and GOGOBUS. Winsing Commercial general manager Conan Chan commented, “Generally, our toy-line develops with programme production, then comes licensing and merchandising business. So it gets a great response for these years at home and abroad. For example, with the well-established supplier chain, content localisation and marketing, our GOGOBUS is now broadcasting in South Korea, Indonesia, while the toy sales is also reviving through the pandemic. I believe this fair will provide a great platform for Winsing’s continuing development over the next year.”

GG Bond is a funny show for four to eight year-olds in which the hero, a superpowered piglet, fights numerous threats to his world with the help of his friends. GOGOBUS, on the other hand is an animated kids’ series for two  to five year olds based on Social and Emotional Learning(SEL), and revolves around an AI school bus that can transform into several different vehicles to protect the children’s safety.

With the programme’s production, Winsing Animation also developed its popular toy-line at the same time. All the new toy products were shown to the visitors coupled with a broadcast of GG Bond Spin-off: Dino Diary, GG Bond Season 16: Undersea Wonders and GOGOBUS now. A lot of merchandise from GG Bond were shown alongside at this fair.