Get ready for Toonz Safari, a journey through the animation world. India’s Top animation production house, Toonz Animation India is organising a Safari for the general public at the Toonz Studio in Technopark, Thiruvananthapuram.  The Toonz Safari is on May 13th, 14th and 15th.

This funfilled and informative safari has been named “The Journey of a Story through Animation Production”. This three day event is part of the fifteenth anniversary celebrations of Toonz Animation India.

“This is our 15th anniversary year, we are organising vibrant events throughout the year and Toonz Safari is also part of it”. “We want to give people a firsthand experience of how an animation film is made, how new characters are born and the stages it goes through”, said Toonz Animation CEO P Jayakumar.

“We wanted to take animation to the masses and make them understand what goes in to producing the wonderful cartoons that they see on their televisions. A lot of planning, years of toil and creative team work culminates in to a TV series or movie and every cartoon has an interesting story to tell and this is our earnest effort to bring the general public closer to animation”, he added. 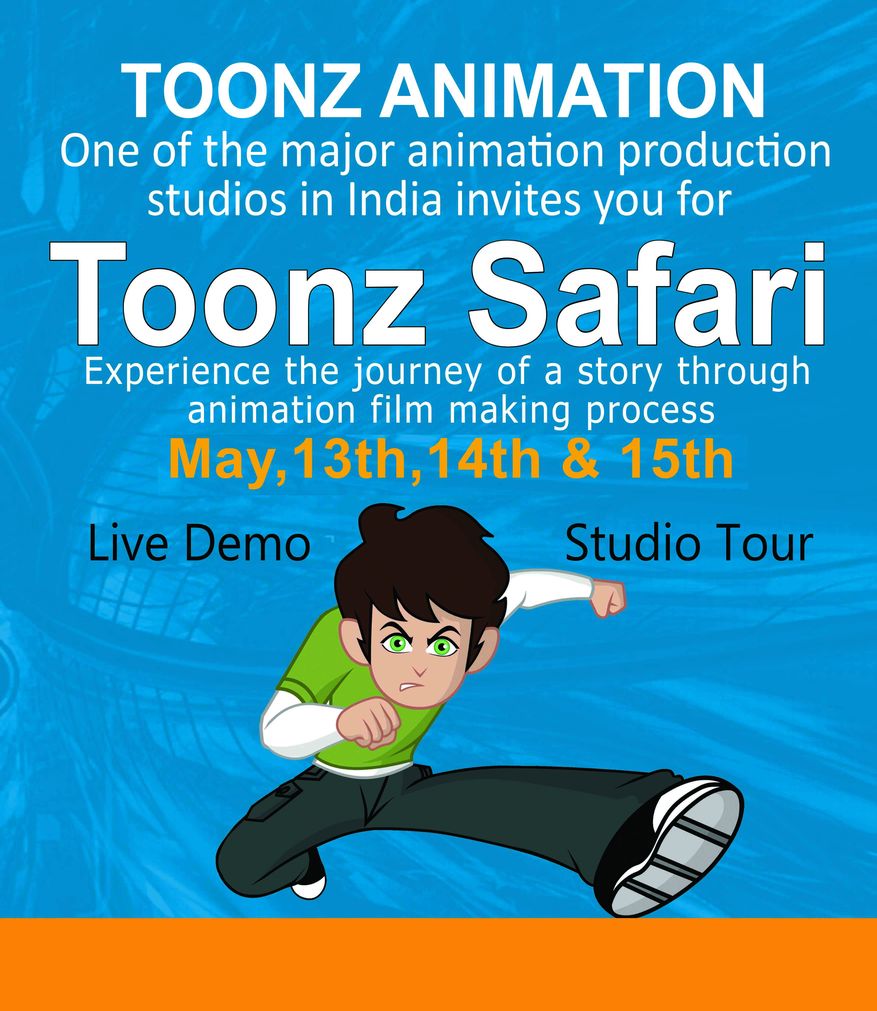 “Through this animation safari people not only get a opportunity to visit our world class studio but also to know the production details of some of our prestigious project right from the first Indian animated series “Tenali Raman” to our  latest release Kid Krrish”, he said.

The Toonz safari will be in two batches one from 10 am to 12 am and another from 2 pm to 4 pm on all days. It includes live demo, studio tour and also sessions of some of the animation experts. The participant will be given a detailed presentation on the process of animation film making right from the scripting stage to the final production. The experience is open to one and all irrespective of age bar.

Mohan Subramaniam, owner of “Subra designs”, one of the leading animation consultancy company based in London, will handle a session in the Safari. Mohan have more than 25 year of experience in the field of animation. He will share his expertise and will unravel the world of animation production to the participants.

The Vice President, Toonz Academy Vinod A S, who has many years of experience in handling the Toonz Animation’s training wing, the Academy will take the participant through the journey of animation and the latest in the field.

In this animation safari the participant will get a rare opportunity to interact will the team behind some of the famous toon characters which Toonz Animation have produced.  Mahesh Vettiyar, the Director of the first digital animation feature film ‘Swami Ayyappan’ produced by Toonz, will interact will the participants and share his experiences of directing an animated feature film.