For Bengalis and admirers of nonsense literature, Sukumar Ray’s (Satyajit Ray’s father) Abol Tabol (The Weird and the Absurd) is a treasure trove. It  has enthralled generations with its weird, whacky, hitting yet lucid language layered with humour.

This literary creation is embedded into a Bengali’s life throughout their growing up years and these limericks are considered timeless and a landmark in the literary field. Now these limericks are coming alive in an audiovisual format using animation and VFX, voiced by the legendary actor Soumitra Chatterjee.

A new YouTube channel, Ministry of Muzik has taken this initiative and has also released a teaser featuring the veteran who’s now battling  COVID-19. The audio visual promises to provide quality music and content and has researched to live up to the high standards of the poem book and the expectation of millions of fans.

With the energy of a child, Chatterjee recorded all the 46 titled and seven untitled rhymes over a span of two days at the Film Services studio in Kolkata. Slated for the Children’s Day (14 November) release, the video will be further edited with animatic improvisations. 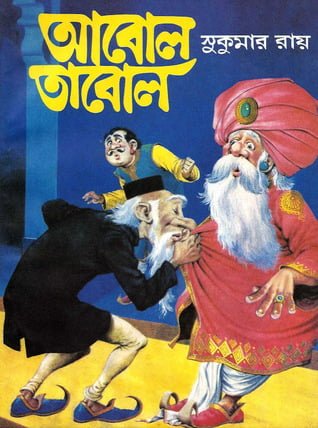 The project is entirely conceptualised by Ministry Of Muzik founder-director Shiladitya Chaudhury. He said in a statement,

“Abol Tabol always transports me to my fond childhood memories of having them read to me my mother and grandmother. It has become a constant companion of mine over the years. By presenting Abol Tabol we had tried to revive the nostalgia of childhood memories and to gift the audience a kind of classic which is incomparably brilliant in its richness of emotions. Chatterjee, the legend, was the best and the only choice to recite and do justice to these works. This journey of recording the finest creation of Ray was a memorable experience.”

Chatterjee is found commenting in the teaser that when he bids adieu to the mortal world, he wishes to take Gitabitan (by Rabindranath Tagore) and Abol Tabol along with him.

As an ardent Ray and Chatterjee fan, I can’t keep calm for this to release, and pray that Chatterjee comes round soon to carry on treating us with more such collaborations.