Studio 100 and SeaBelievers have joined hands as distribution partners for the new CGI Animation series, also titled SeaBelievers (52 x 11’). It’s going to be the first show to define a whole new genre for kids – ECOtainment.

Studio 100 has acquired the worldwide (excluding Russia and CIS) distribution rights as well as L&M exploitation for the animated IP. It will also present the show at this year’s MIPCOM RENDEZVOUS CANNES 2020 for the first time.

Commenting on this deal, Studio 100 Media International CEO Martin Krieger said, “SeaBelievers enthralled us right from the start. A series with such high-quality animation and detailed designs, combined with a strong message and the corresponding cosmos of values and real, informative educational content is exceptional – both from a content and L&M perspective. We are very happy with the trust that has been placed on us not only because SeaBelievers comes from the heart and its important message about the environment, but also because it’s about the future of this planet for our children. The devotion and energy with which the team works on this important cause continues to impress us – their commitment is outstanding.” 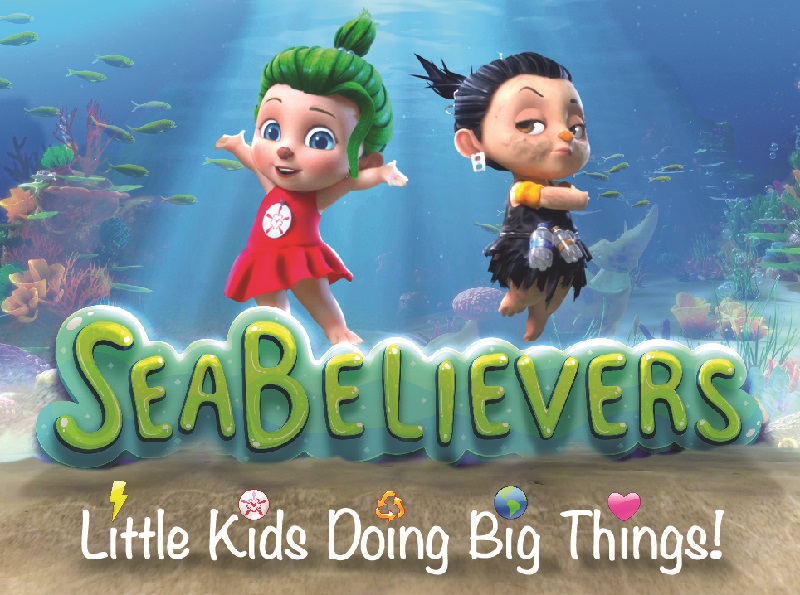 SeaBelievers animated TV series is the first ever to represent a whole new genre of ECOtainment. This genre was created by SeaBelievers founder and SeaEO Brien Arone, that combines the benefit of edutainment for children being informative and realistic about real-life issues affecting our ocean and encouraging kids to make a difference. And all of this in a fun and entertaining way as the show emanates as a stunning and engaging musical ECO-adventure with original tunes to sing and dance along to.

The official statement reads: Each animated episode leads kids on an ECO-adventure. Whether in the sea or on shore, the positive SeaBelievers characters with their distinct seaweed hair, seashell nose, sea-colored eyes and webbed hands and feet, problem-solve and take action around key environmental issues. Each SeaBeliever carries a Magic Sand Dollar which ignites his or her unique super powers – fueled by their self-belief!

“Last year at MIPJUNIOR we were looking for distributors who share the same vision, enthusiasm and commitment to our new genre and who are willing to bring SeaBelievers to children around the globe – with passion and expertise. SeaBelievers is the first kids ECOtainment show in the world that tells stories that will thematically matter and empower kids. It is so important to let kids know that they can change the world and that there are role models for that in real life, and in shows with authentic characters they really can relate to. We want kids to know that the SeaBelievers are at their side and will always believe in them. For that Studio 100 is the right partner for us, not only because they have the reputation, but their aspiration and personal commitment convinced us. Thus, to be able to implement the exploitation of the series and L&M with one dedicated team is the ideal partnership for us,” added Arone. 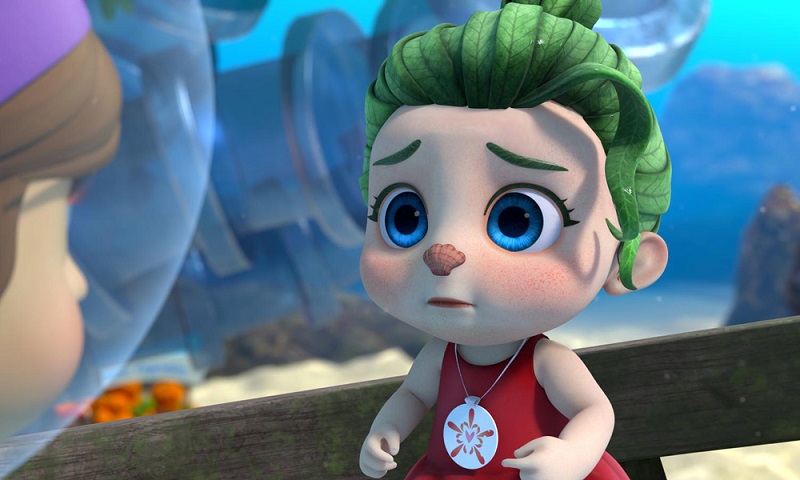 Targeted at children aged four to seven, the first season of 52 x 11 minutes is slated to release in 2021. The first episode will be presented in time for this year’s MIPCOM RENDEZVOUS CANNES 2020.

SeaBelievers already has a great record without even having been on air: the animated series have already been guests at the White House for ‘Earth Day 2019’ entertaining 36,000 children and they were the only children’s characters to perform at ‘The Super Bowl LIVE’ leading up to the February 2020 Super Bowl in the US.

Additionally, they portray real engagement, as the company has been a proud and active member of “1% for the Planet” and the first children’s character line to be a member of this global organisation that connects businesses, individuals, and nonprofits, empowering all to drive positive change.