Scooby-Doo fans can rejoice, as the latest film from the franchise, Scoob! is now digitally available. Scoob! is presently available on Apple TV & iTunes India in Hindi, and will arrive on DVD and Blu-ray from 28 September (UK).

Scoob! is a prequel that reveals the never-told-before story of Scooby-Doo’s origins. The film traces how this famous friendship(s) began with an adorable, homeless puppy coming across a lonesome young boy named Shaggy. They then joined forces with aspiring young detectives Fred, Velma and Daphne to become the celebrated Mystery Inc. 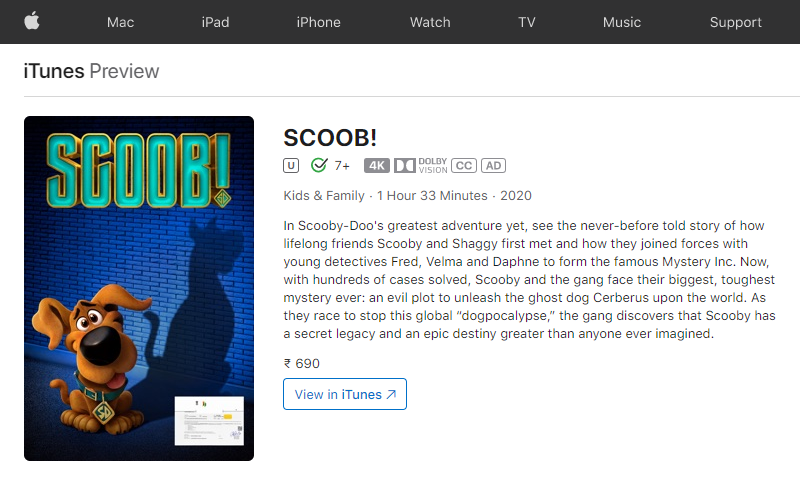 Now, with hundreds of solved cases and adventures, Scoob! follows and the gang are going to face the biggest and most challenging mystery of their careers – unleashing of the legendary ghost dog, Cerberus upon the world. As they race to prevent this “dog apocalypse,” they discover that Scooby has a secret legacy and an epic destiny beyond anyone’s imagination.

Directed by Annie Award and two-time Emmy nominee, Tony Cervone, the film starred Will Forte as Shaggy; Jason Isaacs as Dick Dastardly; Gina Rodriguez as Velma; Zac Efron as Fred; Amanda Seyfried as Daphne; Frank Welker as Scooby-Doo and others.