Based out of Gurgaon and Hyderabad, the animation studio was co-founded by Gautam Singh and Vivekananda Roy Ghatak in 2007, and earlier developed a 2D animated series, Jiya Ki Duniya, which is still looking for platforms to be aired or streamed. 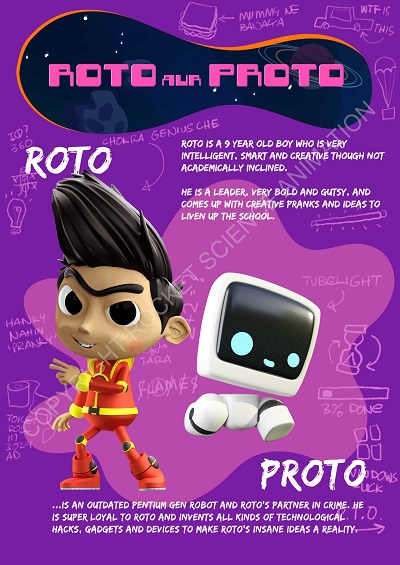 Roto aur Proto revolves around an inter-galactic school full of aliens and robots with the titular character, Roto from Earth. The series showcases their daily adventures and fun at the school. Revealing the idea, Singh told Animation Xpress, “We wanted to create a new 3D animated show which is fun, techno, futuristic yet retains the joy and fun of everyday life in a school. The idea of having an intergalactic school with aliens and robots from all over the galaxy and one student from earth felt like the right zone. There were a lot of other concepts we considered and rejected. We want to capture the magic of school life- the eccentric teachers, the bullies, the class sweetheart, the punishments exams, lunch breaks and the pressure of exams. Hence, we came up with Roto aur Proto after a lot of brainstorming sessions.”

With a team of eight to nine people, Singh handles the stories and scripting, though everybody contributes with their inputs. Whatever idea works better – is funnier or quirkier, is incorporated. The storyboarding, pre-production, character design and animatics is looked over by Ghatak while animation direction is done by RSA’s 3D lead, Nobin. The studio is planning to create short 12 to 15 episodes of seven minute each.

Working this way on the animated series has been a tough job for the RSA team, as it’s a big challenge to create animated content completely on their own with no external funding or support. Ghatak shared that they create budgets for their IPs from the earnings of their commissioned projects and there are no extra budgets for Roto Proto as yet, and that’s why the progress is slower than what they would like.

Commenting on the process of creation, Ghatak added, “The process of animation is quite usual and straightforward. We first jam on the story till we reach a level of satisfaction with it. Then we do a quick, rough storyboard and animatic. After that we chop up the audio into shots and get straight into animation. Since we started production during the lockdown, we animated with scratch audio recorded by our animators and used that to animate on. We will re-dub over when we can get access to the studio.”

Presently, the RSA team has completed a few episodes of Roto aur Proto and are in talks with a number of kids channels and OTT platforms. Singh also mentioned that they might also release it on YouTube if nothing else works. 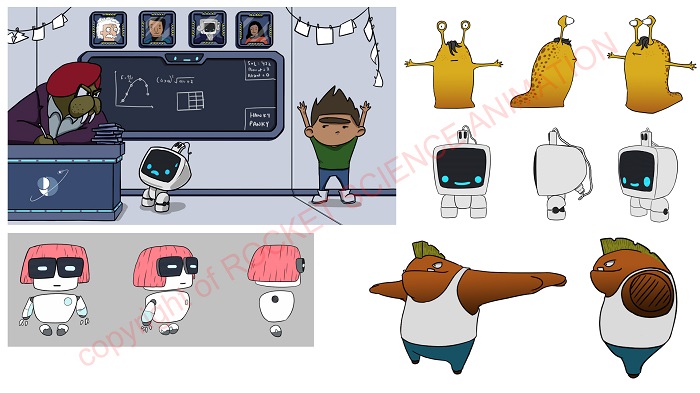