Actor Rana Daggubati is hosting an animated series, Why are you?. The series is described as a quirky irreverent fiction comedy. The actor is also a creative producer of the show. Daggubati launched the first teaser of the show on Instagram on Sunday.

The Baahubali star said his interest in animation led him to be associated with the project. “Animation and stories told in that form have been of interest since I first started watching, but growing up only a few of us make a transition from cartoon to animation/anime for the adult and India has very little content in this space, so here’s presenting to you Why are you?... A quirky irreverent fiction comedy with real-ish people,” Rana said. 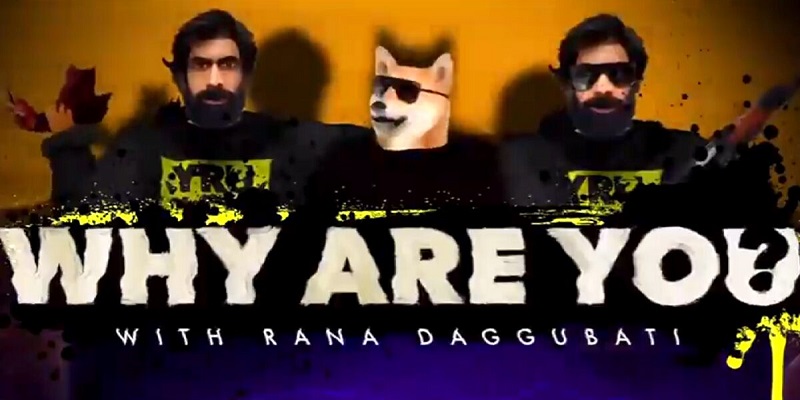 On the work front, he will next be seen in Haathi Mere Saathi. The tri-lingual film has been shot across two countries – in forest locales of Kerala, besides in Mahabaleshwar and Mumbai in India, and in Thailand. Rana is the protagonist in all three titles. While Pulkit Samrat plays Rana’s parallel lead in the Hindi version, southern actor Vishnu Vishal essays the role in Kaadan and Aranya, the Tamil and Telugu versions of the film. The heroines in all three versions are Shriya Pilgaonkar and Zoya Hussain. The movie is inspired by the unfortunate event of humans encroaching upon the elephant corridor in Kaziranga, Assam. The film traces the narrative of a man, essayed by Rana, who dedicates his life to protecting wild animals.

Rana made his acting debut with the Telugu movie Leader. He made his Hindi film debut with the 2011 release, Dum Maaro Dum. The actor is known for his work in films like Krishnam Vande Jagadgurum, Baby, Baahubali: The Beginning, Naatkal, Baahubali 2: The Conclusion, Rudramadevi, The Ghazi Attack, and Nene Raju Nene Mantri.