Pixar has released the making of Out, its first animated short film with a gay protagonist, part of SparkShorts programme. Writer-director Steven Clay Hunter revealed the film to be, “a little gay Twilight Zone,” that inspired his animated short film.

Hunter himself is homosexual, and while growing up in Canada, he was deeply influenced by pop culture like The Twilight Zone and Star Trek that allowed him to be anyone and do anything.

Out tells the tale of a young man named Greg, who tries to gather courage to ‘come out’ to his parents – until he has his body-swapped with his dog, Jim through a divine intervention.

In the recently unveiled behind-the-scenes of Out, on ET, Hunter and producer Max Sachar reveal why Out‘s story is an important one to be told sharing their emotional journey while making it

“You sit down and try to tell your own story, and you quickly realize…I’ve never drawn two guys hugging, or kissing one another and talking about love. I’ve worked here 22 years and I’ve never drawn that,” mentioned Hunter.

Out is streaming on Disney+ 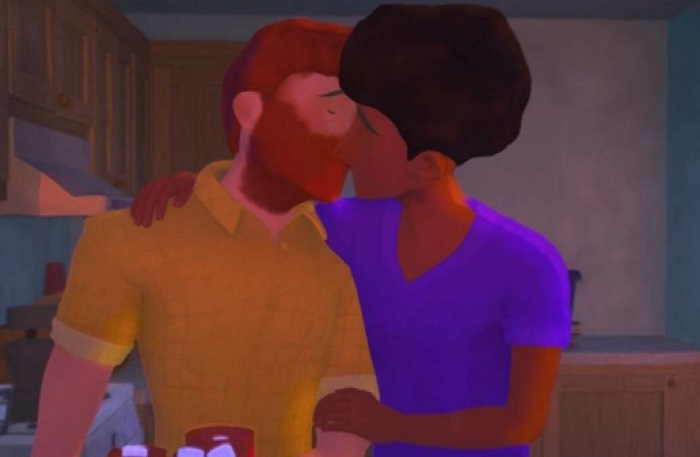