Nekki has opened early access to the full version of Cascadeur, a professional character animation software for games and movies. As the only physics-based character animation tool available on the market, Cascadeur enables animators to create realistic movement just by applying the laws of physics.

By taking into account several physical variables such as mass, inertia and rotational forces, Cascadeur produces believable action sequences with reduced effort, without the use of motion capture and – above all – with a flat learning curve for users. Complemented by numerous innovative features, such as the AI-based AutoPosing and AutoPhysics tool that drastically simplify character posing and animation, Cascadeur represents an alternative and new approach to the art of 3D character animation.

Simultaneously to the release, Nekki has also revealed Cascadeur‘s licence price structure: hobby animators, freelancers and companies with an annual income of less than $100,000 are permitted to download and use Cascadeur (Basic Edition) completely free of charge. 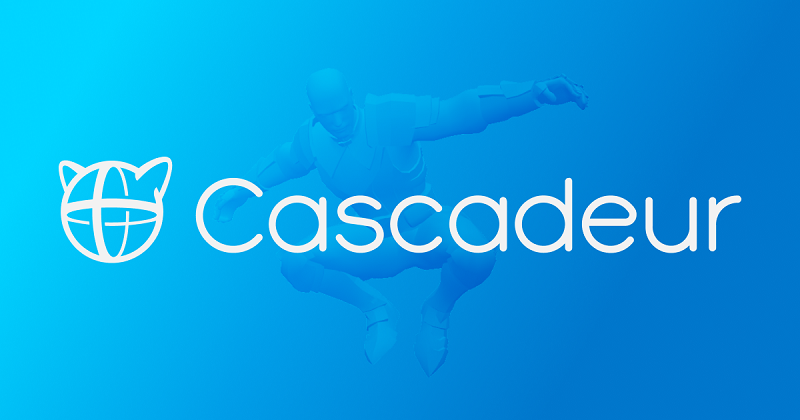 For companies with higher turnovers and greater support needs, Nekki offers Pro and Business subscriptions for $300 and $1,000 per year. As part of its Early Access special offer, Nekki reduces these subscription prices by 50 per cent – for a yet undetermined, but limited time. Therefore the effective price for early adopters is just $150 (Pro edition) respectively $500 (Business edition) per year. The request of many beta testers for an inexpensive permanent license will also be met: annual subscribers who decide against an extension after the first year, still can continue to use their installed version as a perpetual license.

The software release follows a two-year beta phase with over 70,000 participating users from the CG and VFX industry – and with the current Early Access version, the development of Cascadeur is by no means completed. According to the roadmap, the developers intend to add numerous outstanding features during the next quarters, such as looped animation support, advanced custom rigging and Python scripting, which will simplify creating rigs and enable the automation of various animation tasks.

Commenting on the launch, Cascadeur producer Alexander Grishanin said, “We are now presenting the result of almost ten years of development. Cascadeur was not only put through its paces by beta testers for two years, but has also been used successfully for years by our partner Banzai Games in their Shadow Fight game series. The software can be used both by professionals in productive use and by students for learning purposes. It is beginner-friendly, but offers full control over the result and has all the functions required to create physically realistic animations. Cascadeur will prove that physics-based character animation is a useful addition to any professional animation workflow.”

A new product video uploaded to Nekki’s YouTube channel lately briefly introduces Cascadeur’s core functions and tools. The video illustrates how realistically and credibly humanoids, animals and fantasy creatures can be staged with Nekki’s new animation software. The trailer also highlights a new (early beta) feature in Cascadeur, called AutoPhysics. It analyzes a complete animation sequence of a character and offers a fully automatic correction of the animation along physically correct trajectories. Together with Cascadeur’s highly improved AutoPosing, both tools form a basis for what Nekki calls Deep Physics technology. The tedious process of post-processing inconsistent character movement sequences is thus reduced to a fraction of the time usually required.