The new cast of upcoming the animated feature Heroes of the Golden Mask has been revealed. According to the announcement by Vancouver-based studio Arcana, Patton Oswalt (Young Adult, Ratatouille), Byron Mann (Little Fires Everywhere, Arrow) and Osric Chau (2012, Supernatural) have joined the voice cast which includes Christopher Plummer and Ron Perlman.

Oswalt will be voicing a burly Atlantean hero Aesop, Mann will voice a warrior Jiahao and Chau will voice wushu martial artist Zhu. The CG-animated family film is described as an epic fantasy adventure inspired by the ancient masks of Sanxingdui. It tells the story of a contemporary teenager who is magically transported back in time to a mysterious, lost city. 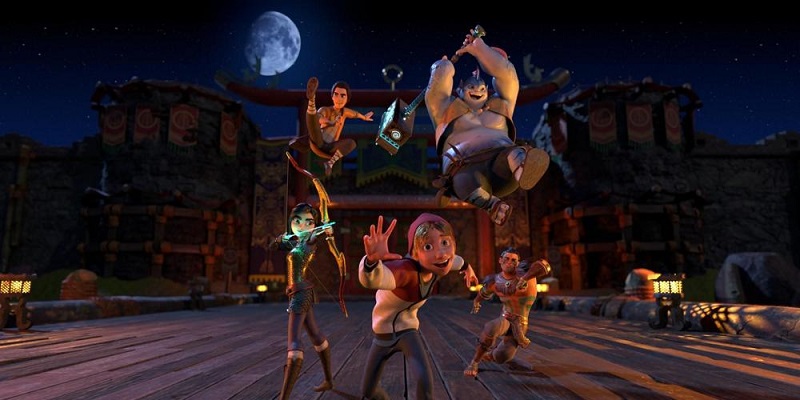 Arcana Studio CEO Sean Patrick O’Reilly is the director of the project, while CG Bros’ Gordon McGhie and Troy Taylor are producers. Arcana was launched in 2004. The studio’s current productions include the feature Ultraduck and the TV shows Miksatonic and Go Fish. There are also plans to release the movies Clockwork Girl and Panda vs. Aliens in 2021.