New CGI show for four- to seven-year olds called Paddles will be launching on Cartoonito UK in the fall. The 52 x 11′ series hails from state-of-the-art animation and media company, Futurum. 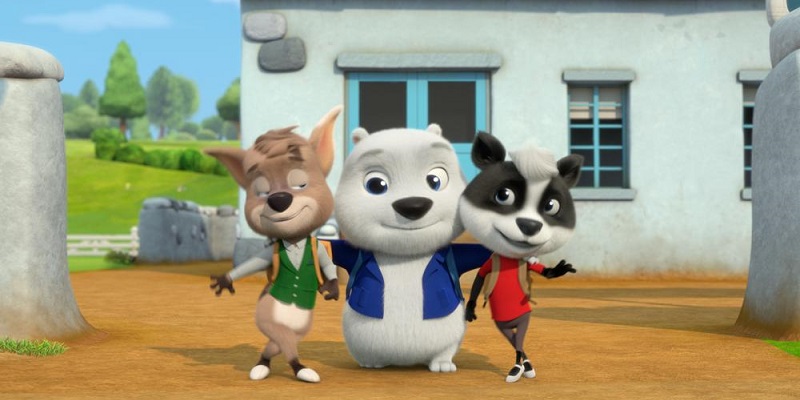 Paddles tells the story of a polar bear cub accidentally delivered by the Stork to a frozen River Shannon in Ireland – and brought up by a pack of Irish wolfhounds. Through the adventures, mistakes and discoveries of its funny and huggable star, and his friends Bracken, Bridie and Fagan, Paddles shows its young audience that being different is something to be celebrated and enjoyed.

Cartoonito UK will broadcast Paddles from the autumn of this year. The creative team behind Paddles has also worked on FiFi and the Flowertots, Roary the Racing Car, Bottersnikes and Gumbles, Octonauts and Jakers!