Disney dropped a new trailer recently for Disney’s Raya and the Last Dragon at SuperBowl which has provided significant details for the film. 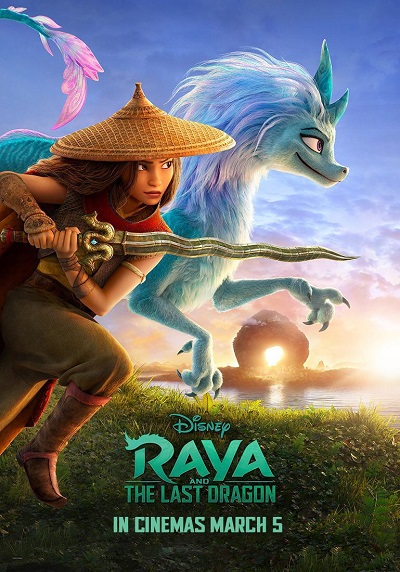 The new trailer has shown a better picture of the fantasy world of Kumandra, as well as providing a better look at the titular dragon for the first time.

Raya and the Last Dragon revolves around Raya (Kelly Marie Tran), a warrior on a quest to reunite the people of Kumandra and restore peace; and in the way finds help of water dragon Sisu (Awkwafina), who isn’t quite the fearsome beast Raya appears to have expected.

This latest clip reveals more information on Kumandra, appearing to be a large, dragon-shaped river and its lands which are all named after different parts of a dragon. This hints that dragons must be a really important factor for the inhabitants of Kumandra. The trailer also gives us a clear picture at the friendship between Raya and Sisu — “fellowship of butt-kickery.”