Netflix is heavily investing in expanding its anime library. The streaming giant has dropped a new teaser for its upcoming anime Original, Eden.

Directed by Yasuhiro Irie, Eden is set thousands of years in the future on a robot-ruled earth. The synopsis follows: Thousands of years into the future, there are no more humans. Only robots live in the mechanical metropolis, ‘Eden 3’. Or so they thought… One day, two farming robots find a young human girl in the city. The decision they make will change everything… 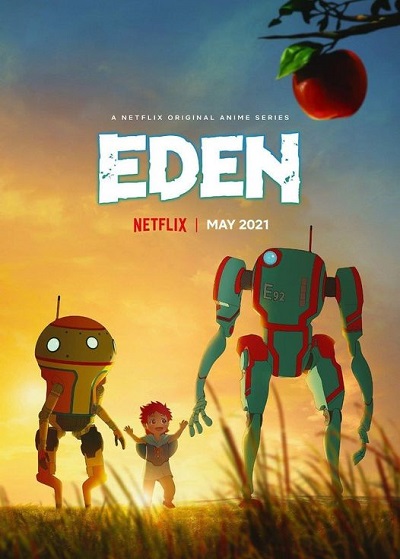 Two farming robots discovering a pod that contains what may be the only human being left alive — a little girl named Sara Grace, who appears to have been sent there to fulfil a greater purpose.

However according to Mashable India, Eden sparks a few questions – why are robots picking fruits or farming? The premise of the anime is intriguing and arouses excitement and inquisitiveness for sci-fi-fantasy fans. Irie’s involvement is also something to pin our hopes for and Eden might turn out to be an iconic piece of entertainment in general.