Netflix has released the official teaser-trailer for The Liberator. It is a limited series based on the riveting true story of the bloodiest and most dramatic march to victory of the Second World War: the battlefield odyssey of maverick US Army officer Felix Sparks and his infantry unit as they fought for over 500 days to liberate Europe.

The combat drama will follow Sparks and the 157th Infantry Regiment from Oklahoma, a National Guard unit composed primarily of cowboys, Native Americans and Mexican-Americans from the invasion of Italy to the liberation of the Dachau concentration camp.

The series is based on the book The Liberator: One World War II Soldier’s 500-Day Odyssey by Alex Kershaw. It is created and written by Jeb Stuart (Die Hard, The Fugitive) and directed by Greg Jonkajtys. It is produced by A&E Studios and Unique Features for Netflix, with animation powered by Trioscope Studios. 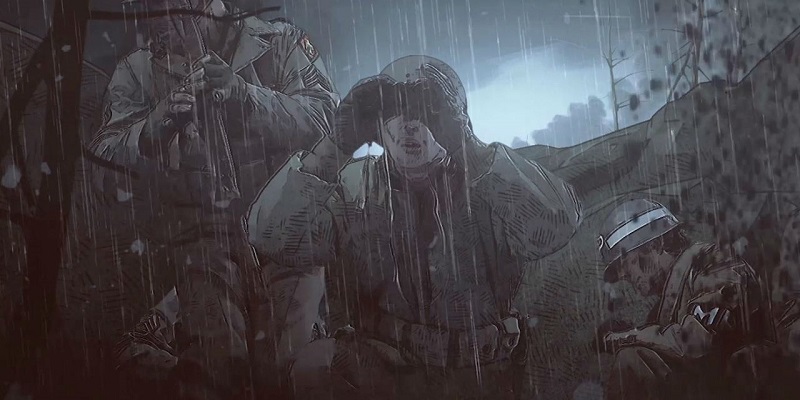 The cast of the show features Bradley James (Medici, Merlin) in the lead along with Jose Miguel Vasquez (Brian Banks, The Walking Dead) and Martin Sensmeier (Westworld, Yellowstone).

The series is made with a unique animation technique blending performance capture and CGI. It will be the first-ever produced in Trioscope Enhanced Hybrid Animation, a new patent-pending technology combining state-of-the-art CGI with live-action performance, bringing an unprecedented level of emotion and fidelity to the animated drama experience. The technology was developed by Jonkajtys with L.C. Crowley.
The four-part series will premiere on Veterans Day on 11 November.