The official synopsis reads: The Witch Boy takes place in a secret, magical community where girls are born to be witches and boys grow into shapeshifters. The protagonist, Aster, is surprised to discover his emerging witch powers. But when a mysterious force endangers his world, he must embark on a journey to learn the truth behind himself, his powers and all the magic around him. 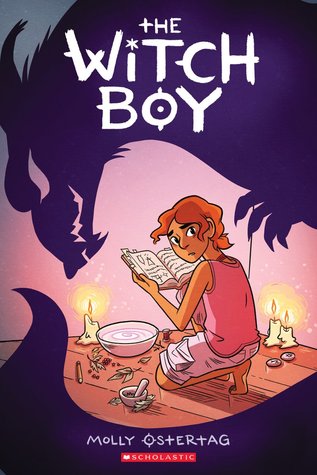 Helmed by Minkyu Lee, who will make his directorial feature debut after receiving Oscar nominations for directing the short film Adam and Dog (2012), The Witch Boy‘s original music is composed by the Grammy-nominated sister trio Haim. Maria Melnik has penned the script while Roy Lee, Miri Yoon and Ryan Harris serve as producers. Vertigo Entertainment produces the feature with the streaming giant as the distributor.

Lee had worked as an animator on the Oscar-winning short Dear Basketball, and as a crew on Frozen, Wreck-It Ralph, and Big Hero 6.

Commenting on the film, Lee stated, “It has been a life-long dream of mine to create an animated film that pushes the medium forward, both in content and form. The connection between this dream, my experiences, and Aster and Juniper’s story is what draws me to this film every day. I am grateful to be creating this with the wonderful team at Netflix. My hope is that this film, by celebrating queerness and “otherness”, will come to audiences around the world as something truly special.”

After the first The Witch Boy graphic novel, Ostertag came with sequels – The Hidden Witch and The Midwinter Witch. Her wife, Noelle Stevenson, also successfully launched LGBTQ-friendly titles, like the Netflix series She-Ra and the Princesses of Power and the graphic novel Lumberjanes.