Baby Bheem is all set to entertain kids all across the world with a special mini series Mighty Little Bheem: Kite Festival to celebrate Makar Sankranti, which falls on 14 January. This series is a part of the globally successful Mighty Little Bheem.

Streaming 8 January onwards on Netflix, Mighty Little Bheem Kite Festival ‘Collection 1′ consists of three episodes, and the official synopsis reads: With winter behind them, Bheem and his townspeople usher in a sunny new season in all their favourite ways during the Makar Sankranti festival.

The animated mini series is created by Green Gold Animation CEO and founder Rajiv Chilaka, who took to LinkedIn to announce the launch.

This mini series comes weeks after the company rolled out Mighty Little Bheem app and store. Chilaka earlier revealed to Animation Xpress, “We would be adding more content soon [around the franchise] given its phenomenal success worldwide.”

The voice cast of the 3D animated series includes Samruddhi Shukla, Aranya Kaur, Nishka Raheja and others. The episodes try to capture the cultural fervour of the festival set in rural India, and are titled – The Mighty Bulls, Master Chef Bheem and The Peacock Kite. 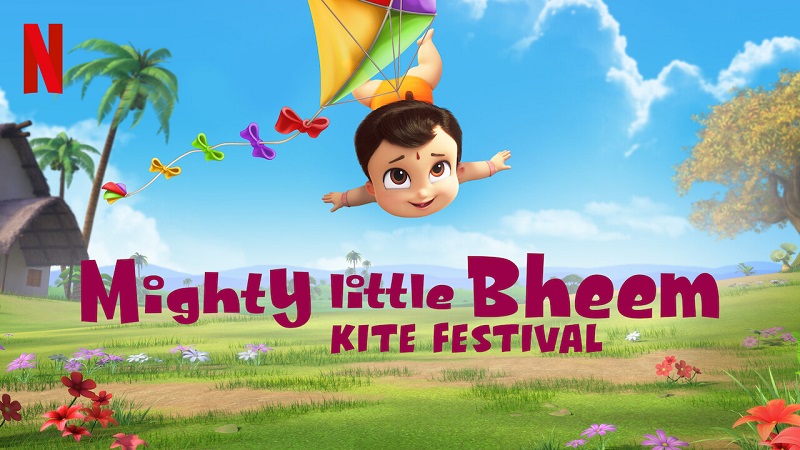