While the pandemic has hit live-action productions, the animation industry across the globe has been operating. Studio 100 Film, one such studio that launched the trailer of Maya the Bee: The Golden Orb, its new animated film featuring the famous little bee Maya, in June 2020, has managed quite efficiently to work on the film from home. The film is slated to release in cinemas in 2021.

A collaborative effort between Studio 100 Media and Studio B Animation, the production process happened in Munich where the design, the sound and music as well as the post production was taken care of. Studio 100 Group’s movie distribution arm Studio 100 Film is looking over the worldwide distribution and the CGI works were carried out by Studio Isar Animation (Munich), which is a subsidiary of the Group as well. 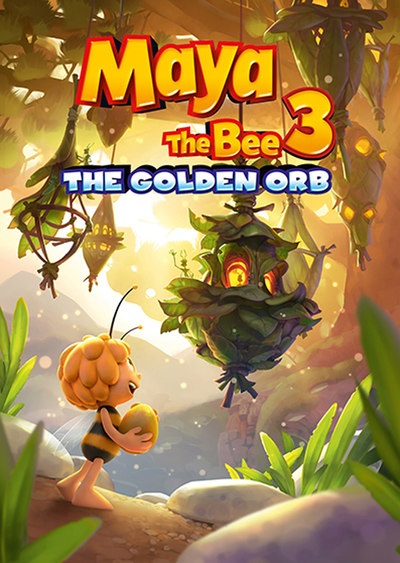 Maya is a classic character; her adventures take place in a landscape of nature and convey positive stories full of hope, friendship and tolerance. Based on a German children’s novel, published in 1912, Maya the Bee has been translated into many languages and enjoyed by children all over the world. The sharing of this iconic German story is rather unique.

The book was followed by the international success of the TV series Maya the Bee (1975) and with the new edition in 3D CGI, returning to TV screens in 2013 with a new look and feel. In 2014, the first feature film based on the character premiered on big screens and has been sold in over 170 countries to date.

It was already the most successful German film in the second quarter of 2015 according to the international box office. But the first Maya movie was not only a great economic success, but proved that further continuation and development of the character is possible and could be quite successful. Thus, the strategy has been accomplished to produce Maya not only for an existing audience but also for a new one. The franchise now is travelling to new places and captivating audiences around the world. In 2018 the second animated feature film Maya the Bee: The Honey Games followed, and sold in over 130 countries, becoming the most successful German animated in 2018. Now, with a new second season of the TV series released and the third theatrical feature on the way, the success story continues.

“We revived this IP and kept it alive by continuously creating new content – not only for the feature films and TV series mentioned above – but also special content for YouTube and other outlets. Having a broad range of dedicated L&M partners and fans from three generations all over the world, its success continues,” said Studio 100 Media Operations director Thorsten Wegener.

Animation Xpress spoke to Wegener and Studio B Animation producer Tracy Lenon on the upcoming animated feature and taking the franchise ahead.

> How was the concept of ‘Maya the Bee: The Golden Orb’ ideated/created?

Wegener : After the immense success of the first two theatrical features and the very accomplished collaboration with Studio B Animation in Australia, the whole team was convinced to get together again for the third instalment of this beloved franchise. So, the creative teams in Australia and Germany joined hands together and created a new adventure for Maya based on her core values of friendship and helping others.

Lenon : With two stories already well established we needed to find another theme. So, we needed to find some new elements that still allowed Maya and her character to shine through. Noel Cleary, the director wanted this to be a road movie and have Maya leave the Poppy Meadow, but we needed to give her stakes that were so important that she would disobey the Queen – delivering the Orb to Greenleaf was that mission. Being the hero that she is, Maya couldn’t resist helping another bug in trouble, and when we worked out the truth behind the Orb, and it started to fall into place. We also felt that while this has to be Maya’s story, we wanted Willi to have his own journey. He faces quite a few challenges in this movie, and his friendship with Maya is really tested, but he steps up, realises his worth and becomes more than a lazy, food obsessed bee. He discovers things about himself, even he didn’t know, which gives him a sense of pride and allowed him to have a more tangible character arc. 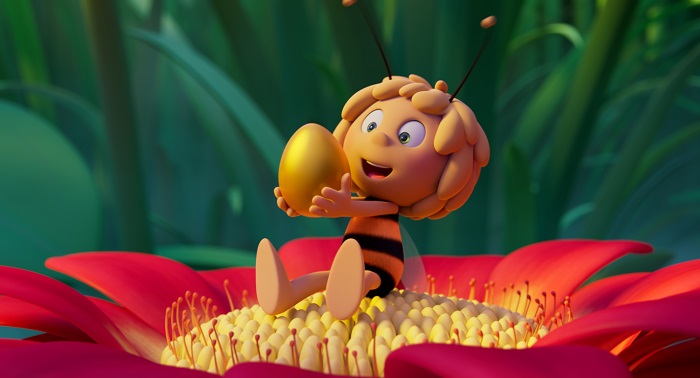 > Can you throw some light on the process of executing the idea and finally the animation?

Lenon : It was important for us to get the story right before we moved too far into storyboards and layouts. We went through lots of passes on the script to check for motivations and logic issues, all the while remembering the nature of Maya’s personality. Once we felt we had the structure in place, we started storyboarding the sequences that we were pretty sure would remain unchanged.

We then grew the sequences and started to piece together the animatic, ensuring the sequence of events was logical and that the young audience would follow Maya moving into all the new locations and changing environments. We also took the time to speak to a child psychologist who helped us understand the way that kids perceive threat, and how to avoid prolonged anxiety. This gave us great insight and made us rewrite a few scenes that may have been too scary for smaller kids. We didn’t necessarily delete them, but we handled them differently, finding a way to resolve them quickly and often with humour. Our focus was keeping the audience happy and interested. 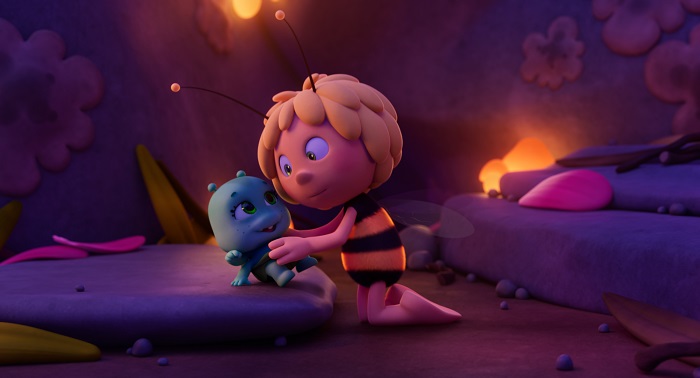 >Please tell us about the creative and animation team who worked on it? What’s the current status of the animated film?

Lenon : We had a great team of animators, some of whom had already worked on the first two films of Maya. So, experiencing everything come to life in the animation playblasts is always an exciting moment. It was our first project working with Studio Isar Animation in Munich, so we had many calls about setting up the pipeline and ensuring that the building blocks for the workflow were well established so there were no compatibility issues further down the pipeline.

We had weekly production calls and used Shotgun as the central base of all asset tracking. Basically, Studio B and Flying Bark dealt with all the pre-production and production up to completion of the animation and final layout, then the shots were delivered to Studio Isar Animation for lighting, render, FX and comp. This workflow proved to be very efficient, and even though our director and VFX supervisor were based in Sydney, we were able to complete the film in time with some remote post sessions. 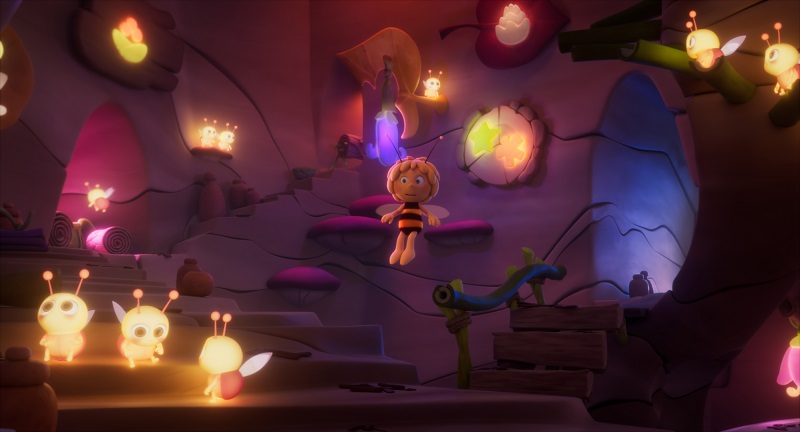 > Given the current situation of the pandemic, how did it affect the project? What challenges did you face?

Wegener : We were lucky that the production process was already in an advanced status when the pandemic first struck. We proceeded to work mostly remotely – having the technical set-up with the Australian-German co-production already in place for this. We did the post-production remotely, with grading and sound in Australia.

One challenging issue was recording the orchestra music with 50 musicians. At first, this wasn’t possible due to the restrictions and always having the health of everyone as a priority. But with a smart hygiene concept and the possibility of keeping all the required distances and security measures, we were finally able to record the soundtrack for the feature.

Lenon : The timing was fortunate for all of us in Australia as we were pretty much in a good position by the time the company decided to start working from home. We are so fortunate that the animation workflow can easily happen remotely so apart from the practical elements of getting people their equipment, we have still been able to work. We did have to set up a remote grading process with a cinema screen, projector and resolve suite to ensure that we were seeing the exact same image as the grading team at ARRI in Munich. There was a little trial and error involved, but it worked really well. 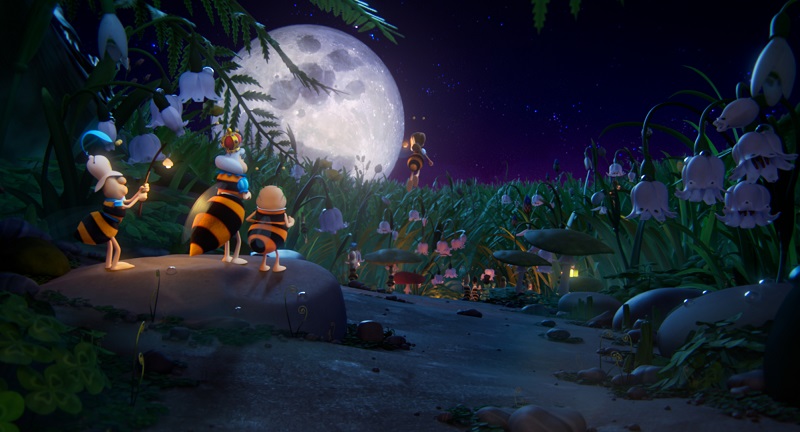 > Your take on how the COVID-19 outbreak has affected the animation industry? And what should the industry keep in mind for the post-COVID world?

Wegener : One of the most recent and big effects on the movie industry is the newly made agreement between AMC and Universal providing AMC with a 17-day movie window, I think. At least in a way, COVID-19 has accelerated these decisions and developments. Although this is only one deal – it can be assumed that negotiations will also be conducted with other chains, which could ultimately lead to a comparable result for other territories as well. For all of us, this could be a promising turning-point with regards to the exploitation of movies as a whole. Smaller effects are of course the improvement of working from home possibilities and the push of technical development this pandemic brought with it. 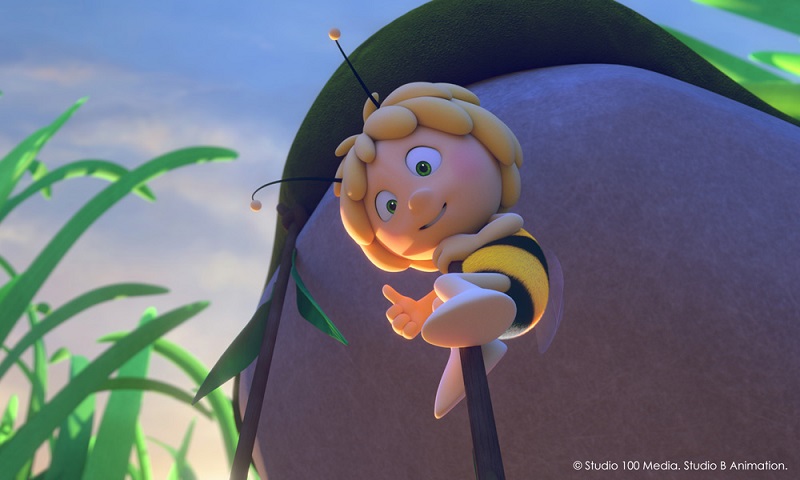 Lenon : I feel that the animation industry has fared quite well given what the live action industry has suffered. Everybody sitting at home and working is not that different from everybody being in the office and working with their headphones on. Obviously, there are technical issues that are to be overcome, especially with projects that require high level security, or for those that don’t have the broadband speed and powerful computers that they require for certain roles. However, I think that this industry is full of creative people, who are flexible enough and are able to solve problems of most issues, both technical and creative. We do miss the camaraderie of the office space, but sometimes these types of challenges result in creative outcomes. I think for our industry the big challenges aren’t from within, but from more external sources in the form of governmental and commercial support.