Frank Foster, American CG veteran, former original founding Vice President of ‘Sony Pictures Imageworks‘ USA, has taken over as Senior Director and COO of Maya Digital Studios, Mumbai. Foster brings with him a wealth of experience in studio management having set up Sony Picture Imageworks, the first major CG school and studio in China (Shenzhen) and producing one of the first CG feature films in China with French comic book legend “Moebius”. Foster also spent two years as CEO of Tigar Hare Studios in North Hollywood where he outsourced many projects to India.

Farhatnaz Ansari from AnimationXpress.com spoke to Frank Foster to know more about the latest developments at Maya Digital Studios. 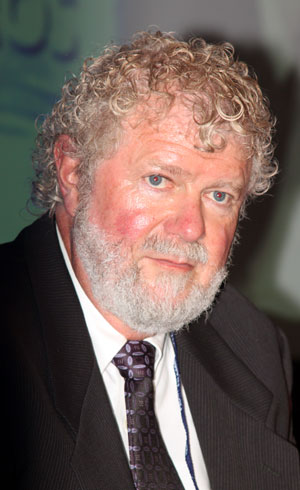 What‘s your take on Maya joining hands with Mukta Arts?
I think it‘s a great joint venture. It‘s one of those kinds of strategic alliances that is a win-win for both companies. As a result it allowed me to have a closer relationship with Whistling Woods and its very co-incidental that Sony Corporation has recently put in Sony Media Technology Centre and that happens to be exactly my area of expertise. So it gives me the ability to help, advice on that, both for Sony and Whistling Woods.

There are already a couple of projects which are being discussed by Maya and Mukta Arts. Ketan Mehta and Subhash Ghai are getting along beautifully. Ravi Gupta, I know him from 15 years ago when he was in NFTC. So it‘s been a terrific relationship so far and I really expected it to be a wonderful experience.

Tell us what is the upcoming release from Maya Digital Studios?
I believe that intellectual property is basically a Luxury in the business of computer graphics. I mean even Pixar went for a long time selling hardware before they made their shorts and it was their shorts that got them their chance to make Toy Story. Now having said that Maya digital in the past has pioneered the process of doing an IP in-house, all the way from the initial concept to the final distribution with ‘Ramayana The Epic‘ which was out last December. So I am not saying that‘s not something which Maya will not do. But I see that we first have to be the company that is able to serve its employees and stock-holders and also create films.

The fact of the matter is we are already a band of filmmakers running the company so I still want to make movies. Ketan will never stop making movies and we have several projects in development. One is in the scripting stage and all I can say at this point is that it is designed as an international project. The visual effects will be done by Maya. It‘s a live action with animated creatures, photo realistic project and we will release it in United States and internationally and it is primarily set in India in the Himalayas.

Apart from this, what else is Maya currently working on?
Maya has developed its own proprietary software for taking 2D films and creating high quality 3D conversions. This is the area where we put considerable resources into and we expect to release probably the longest film to be converted and one of the most famous Hindi films ever made in Indian cinema.

The reason I hired Steven Cohen in Los Angeles, one of the most prominent post production experts to represent Maya in Hollywood is because we are actively seeking conversion from Hollywood.

Since you are also a film maker what inspired you to get into this line of work?
If you look at my bio it says that I made my first computer film when I was 19 years old and my first film when I was 15 years old. What inspired me to be a film maker were two or three films and one of them was ‘Citizen Kane‘ which I saw in High School and one of them was ‘2001: A Space Odyssey‘ which I saw on my 16th birthday.

I knew when I was 15 years old that I wanted to be a filmmaker. There was no doubt in my mind. I made 23 films before I graduated from High School. I went to college knowing that I want to make films. And I was lucky to go to a school where I was able to make a 16mm film in my second year. And I was also lucky enough to have friends like Mc Canny who has become much more famous than me by doing the Simpsons.

How is it for you working in India?
It has been both rewarding and frustrating. Its very rewarding because I find my animators and the people I work with very enthusiastic and very dedicated. I love to see how they learn and grow. I am hoping to mentor them. It‘s really exciting you know the coincidences that happened since I arrived here in India this time. You know Whistling Woods tying up with Sony, the opportunities that Mukta Arts have brought to me personally, the opportunity to be on the faculty there. Those are all very rewarding.

The frustrating part is that I‘m over 3000 miles away from my wife and my 10 year old son. And I‘m hoping to bring them to India as soon as possible. But my son is in school and it is very difficult to move him from American school to Indian school. And yeah in Los Angeles we complain about the traffic but the traffic in Mumbai makes the traffic in Los Angeles look like there‘s no traffic at all! And I still can‘t get used to it. This is one of the reasons why we shifted to Film City and why we are making our studio in Goa.

Anything you would like to share?
Only that I‘m here for a reason. I share the vision of Ketan Mehta for this industry. I think this is also the vision shared by Subhash Ghai. I think India is destined to be the focal point in the hub of international digital film making. I think this is also being acknowledged by Sony Corporation as they selected India in the entire Asia for their Training Centre. I think lot more Multi nationals are looking at India as a very serious economic ally. Finally the US government has started to acknowledge India. India is the largest democracy and it deserves more attention from the American Government and American people than it gets. I think India has huge gift to offer the world over the next 10-20 years with its brilliant education system, engineering, film-making and communication skills. You know India has huge amount of youth, I mean that a very high percentage of population are youth in India and that is going to have a tremendous positive impact on not only India but the rest of the world.