LS Distribution (Mediawan group) has signed an agreement with Studio 58 securing worldwide distribution rights to Idefix and the Indomitables (52 x 11’), a premium Asterix-themed CGI animated kids series based on the adventures of Obelix’s beloved dog and his furry companions.

The series is commissioned by France Télévisions. Other broadcasters include M6, Super RTL Germany, Télé Québec and RTS Switzerland. Marking a spin-off to the famous Asterix adventures, Idefix (a.k.a. Dogmatix), the pooch from the comics will have his very own TV series.

“We are delighted to join forces with Studio 58. This adorable, animated adventure is also ‘littered’ with magic and humor that will enthrall kids and families the world over!” said LS Distribution managing director Emmanuelle Bouilhaguet in a statement. “Idefix and his friends will add another incredible dimension to the amazing Asterix universe, and we are confident our buyers, some of whom may already be fans of the comics, will embrace this gem of a series.”

Studio 58 producer Céleste Surugue added, “Idefix is an endearing nature-loving character that can also educate kids in a fun way on so many levels about ancient history, friendship, courage, respect, environmental protection, non-bullying and so much more. Bringing him to life in a dedicated series has taken the Asterix world to another level. This high-end 3D animation will have all the key ingredients based on the classic storytelling as featured in the Asterix comics plus new elements that all kids today can relate to today.” 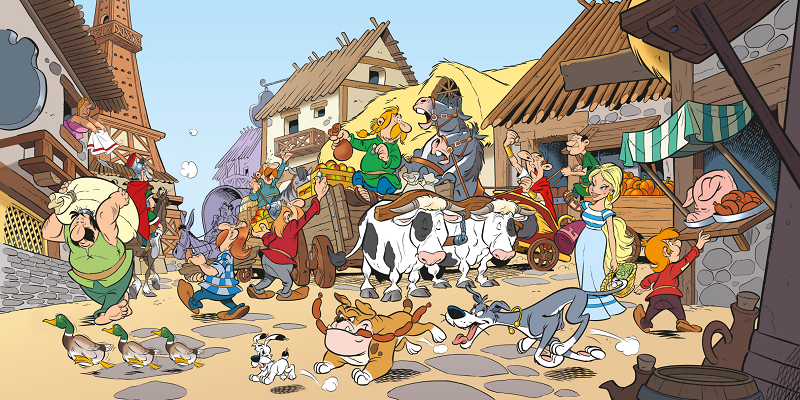 The story is set in the year 52BC when Lutetia (Paris) was entirely occupied by Romans. The indomitables, a group of four-legged revolutionary Gauls led by Idefix, are still fighting the town’s romanisation. In the Louvre, a fortified Roman palace, General Labienus and his pet cat Monalisa must finish transforming Lutetia into a proper Roman city before they can return home to Rome, tasting victory at last. Luckily, Idefix and his furry friends don’t intend to sit back and watch it happen.

Idefix and the Indomitables targets kids aged five to ten. It is produced by Studio 58 and .