Lionsgate has dropped the official trailer for the upcoming animated film, Red Shoes and the Seven Dwarfs that marks the U.S. debut of South Korean directors Hong Sung-ho and Jang Moo-Hyun.

The animated fantasy film has provided new twists to the iconic German fairy tales such as Snow White and the Seven Dwarfs and The Red Shoes. 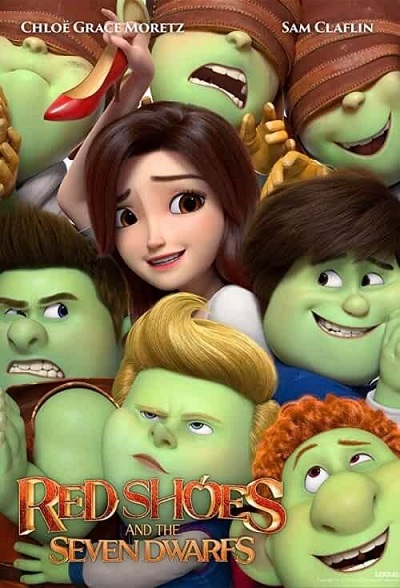 Featuring the voices of Chloë Grace Moretz (as Snow White) and Sam Claflin (as Merlin), the film will be released digitally in the U.S. on 18 September followed by arrival on Blu-ray and DVD on 22 September 2020.

Red Shoes and the Seven Dwarfs is a fairy tale spoof that follows Snow White stealing a pair of red shoes, and being transformed into a princess. The synopsis follows: Meanwhile, a witch’s curse turns seven brave princes into dwarfs, forcing them to seek out the princess, hoping for a kiss to break their spell. Together, they must face Snow White’s wicked stepmother, who will stop at nothing to get her precious shoes back – and, along the way, learn that true beauty lies within!

The film’s script is co-written by Sung-ho and Ahn Woong-Sub. Red Shoes and the Seven Dwarfs had already been released in South Korea and Germany in 2019.

However, the film has received negative feedback as few called out it to a fat shaming, doesn’t consider consent and more. A comment on YouTube read : “Made a fat woman skinny… Say an old woman hates her for being young… Have several men say they have to kiss her… Have a man hit her…  Then sprinkle in a message about loving yourself. Yep, this isn’t going to go well.”