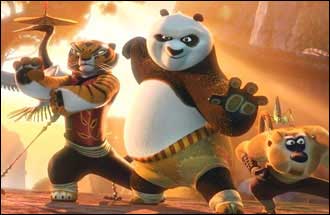 MIPCOM 2011 also sees the return of iconic animation series Mike Judge‘s Beavis and Butt-head on the VIMN slate. After fourteen years away from the small screen for the sniggering twosome, award-winning creator Judge is behind brand new episodes of MTV‘s previously highest-rated programme, which has sold into 43 markets worldwide.  Set to be bigger and better than ever, the reinvigorated show is certain to appeal to new viewers and die-hard fans alike.

From Nickelodeon comes action-packed T.U.F.F Puppy, the 2010 hit animation show that premiered at number one in its time slot in the US.  The show revolves around dim-witted dog Dudley Puppy who, with his gung-ho attitude, finds himself thrust into the role of a secret agent.

VIMN compliments its animation slate with strong live-action and comedy titles.  Following the success of The Hard Times of R J Berger, MTV has added Awkward to its highly acclaimed and growing slate of scripted programming.  This new comedy takes an irreverent look at the conflict, chaos and humour that defines teenage life through the eyes of 15 year-old Jenna Hamilton. Completing the line up of MIPCOM launches is Jon Benjamin Has a Van, the latest Comedy Central venture from its thriving partnership with Emmy-nominated comedian Jon Benjamin. This new half-hour sketch series stars Benjamin as an investigative reporter taking viewers on the ride of their lives in this inventive and irreverent spoof news show.

“We‘re incredibly privileged to kick-off this year‘s market with a potential blockbuster of a show in Kung Fu Panda: Legends of Awesomeness, that has already chalked up major sales in key markets prior to its official launch,” commented Beaton.  “Animation has always been the bedrock of our catalogue and it‘s especially strong for us this year with a significant increase in the number of hours for sale.  The return Mike Judge‘s Beavis and Butt-Head has also generated huge press and client interest internationally, pre-launch. As a genre, animation is at the top of our clients‘ wish-lists and the diverse range we have on offer for MIPCOM 2011 showcases our ability to bring world class titles to the broadest possible range of viewers.”

Viacom International Media Networks is recognized for its pioneering and innovative animation portfolio comprising high quality multiplatform, multi-genre content that appeals to a multi-demo global audience.  Iconic evergreen properties SpongeBob SquarePants – VIMN’s most widely distributed show ever – and Dora the Explorer demonstrate the strength of VIMN’s animation heritage.  Pre-school animation hits include Bubble Guppies and Team Umizoomi while kids and tweens are catered for through series such as Fanboy and Chum Chum, Planet Sheen and The Fairly Odd Parents.  Comedy Central’s irreverent animations South Park and Ugly Americans appeal to an older youth and adult audience and truly underline the breadth of VIMN’s successful animation portfolio across brands.