The short film Boy in the Woods, produced by Brazilian company Hype Animation Studios in co-production with Fabrica do Futuro, brings to the screen a musical tale about empathy and acceptance with a strong social theme. When a little boy gets lost in a strange forest, the only way for his father to rescue him is by understanding and connecting with his own world. Directed by Fabiano Leandro Pandolfi and produced by Gabriel Garcia and Francisco Hauck, the short is set to premiere at the LA Shorts International Film Festival on 5 October.

“The project required a special care and sensibility from all of our crew to bring out the correct approach. We wanted to deal with the theme of autism in a pure way avoiding victimism or unnecessary expositions”, said writer and director Fabiano Pandolfi. “We researched together with families with autistic children about how the kids (and their parents) see the world and tried to reproduce a little of those feelings on the screen”, explained Pandolfi. 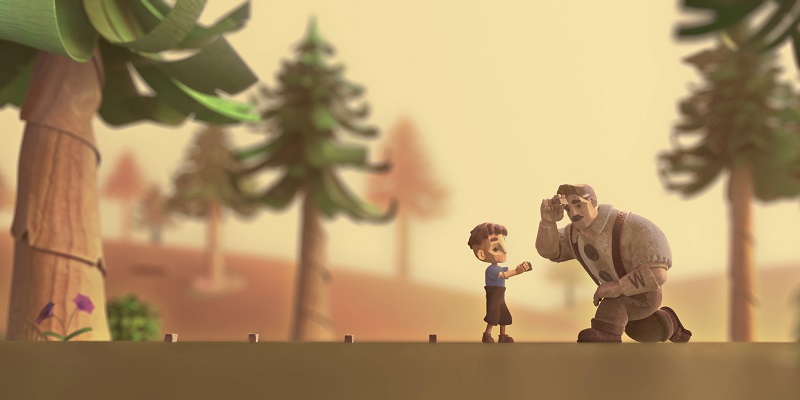 According to the US Centers for Disease Control and Prevention, one in 54 children have been identified with autism spectrum disorder (ASD). “For us at Hype it is very important to bring awareness to the subject,” says Hype CEO Gabriel Garcia. “It’s a very recurrent theme, but maybe not discussed enough by the general public,” believed the producer.

The production of Boy in the Woods lasted two years, and Hype also counted on Francisco Hauck from AudioPorto, creator of the soundtrack. The animation part was done along with the partnership between Hype and the Peruvian studio Red Animation. The two companies – together with the Chilean PunkRobot – built the Los Amigos group, a collective studio in the entire Latam territory.