The deals will see the award-winning animated family entertainment film be available for viewers to enjoy during lockdown and beyond on mobile devices via the free discover.film app, which is embedded in Huawei handsets or downloadable from Google Play, Apple TV and App Store, Amazon Fire and Roku; and also through discover.film on My5, Channel 5’s streaming platform, and Samsung Smart TVs in the UK. The platform, which is devoted to making quality short movies and series available on mobile, TV and online, is also available on several major airlines and Eurostar trains. In addition, the 30 minutes film is also available on Amazon Prime Video. 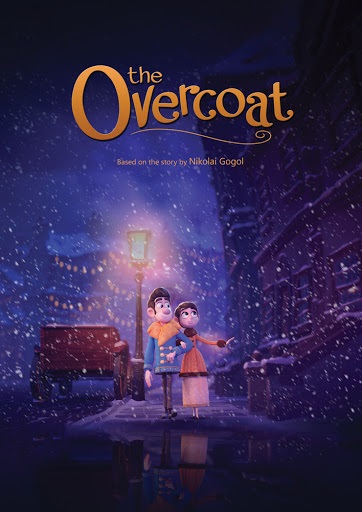 Featuring the voice talents of Cillian Murphy and Alfred Molina, The Overcoat is a unique and heart-warming adaptation of Nikolai Gogol’s classic Russian folk tale which tells of a lonely office worker who saves up to buy a new winter coat in an effort to make new friends, only for fate to take a ghostly hand. Switching between beautifully portrayed 1930s New York and late 1800s St Petersburg, the film combines classical hand-drawn animation with modern CG animation techniques to craft a story that speaks to audiences of all ages.

Hoho joint managing director Helen Howells said, “Funny, poignant and utterly original, The Overcoat is a gorgeous winter warmer that is perfect family viewing. We are delighted that it is so widely available courtesy of our fantastic new partners.”

The Overcoat was directed by Sean Mullen and Meelis Arulepp and produced by Giant Animation and A Film Estonia from a script written by Hugh O’Conor.