Helpline3D‘s First “Advanced 3D Upgrade” Master Class Sessions held on 21 Sept, 2011 at New Delhi saw a good response. The sessions were designed by industry experts for animation students, professionals and enthusiasts who have the urge of upgrading their technical skills to the best in the industry. 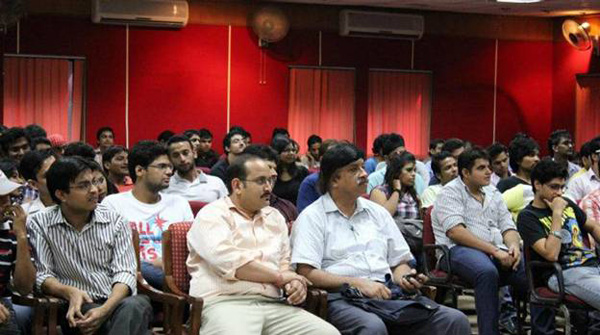 Kunwar Nikhil, a Lead Gaming Artist from Magic Lamp studios UK demonstrated and discussed about the art of “Game Modeling and Texturing”. He spoke in detail over how game modeling and texturing is different from Production M&T. He also shared the Do’s and Don’ts of this art. Kunwar also emphasized on working for quality and desired output instead of constraining on particular software.

Amit Katariya, former Lighting artist of UTV, Pixion, Prana Studios spoke on “Industrial Lighting”. According to him, a lighting artist should see every scene, every shot with an aesthetic perspective, which means think about the “why” “when” “where” of the shot so that the right colour scheme and overall feeling of the shot can be decided. He demonstrated a scene lighting, to show what lights can do even without any texture, the output was incredible. 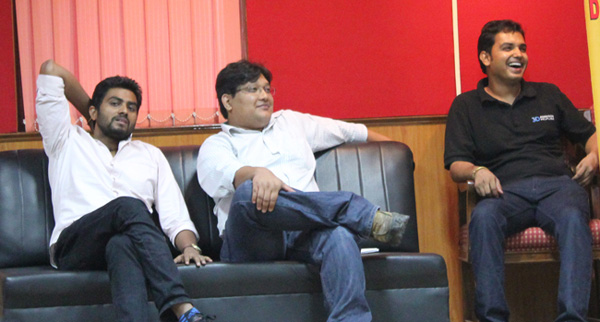 In between the two technical sessions, Faisal Mohammad Founder, Geek Mentor Studios Pvt. Ltd. shared the making of super hit game “ANGRY ANNA”. He spoke on how one night he got an idea of “Angry Anna” game. His session was full of humour and interesting facts about the game and character development. Shahnawaz, Co-Founder, Geek Mentor Studios, shared technical facts about the game.

Pania, President of Society for Animation in Delhi (SAID) was also present at the event. He proudly announced the dates of the forthcoming event, the “TOON MELA” planned by SAID on 14-15 Jan 2012 in Delhi.

Helpline3D organizes regular online challenges, the winner of last Modeling and Sculpting Challenge was awarded with a WACOM Tablet, which was sponsored and presented byMr. Tajinder Jeet Singh. While talking to the attendees, he focused that “It is very important to encourage and nurture the young talent to secure the future of our industry.”

According to Ankur Chaudhary and Sasank, Co-Founders Helpline3D.com, the response and feedback was overwhelming. Students, professionals, media persons and others had come in large numbers from all over Delhi, NCR and other places like Chandigarh, Dehradun, Agra, Kanpur, Jaipur etc.

Sponsor partners for Delhi event were Frameboxx and IVS School of design, and AnimationXpress.com were the media partner.

Keep updating yourself with www.helpline3d.com