Scooby-Doo and the gang will be seen in a brand new animated feature, Happy Halloween, Scooby-Doo!, a Halloween mystery that is coming to home video.

The film is described, With fake monsters and candy galore, Halloween is heaven for these hungry foodies going door-to-door. But this year, their sweet holiday turns sour when the neighborhood pumpkin patch is infected by toxic ooze, creating high-flying jack-o-lanterns, and a king-sized pumpkin leader squashing everything in its path. It’s up to Scooby-Doo and the gang as they team up with their pals, Bill Nye the Science Guy and Elvira, Mistress of the Dark, to solve this mystery of gigantic proportions and save Crystal Cove!

The film was written, produced and directed by Maxwell Atoms. It features as the voice cast Frank Welker as Scooby-Doo/Fred Jones, Grey Griffin as Daphne Blake, Matthew Lillard as Shaggy Rogers and Kate Micucci as Velma Dinkley. The film also stars Cassandra Peterson as Elvira, Mistress of the Dark and Bill Nye as himself. 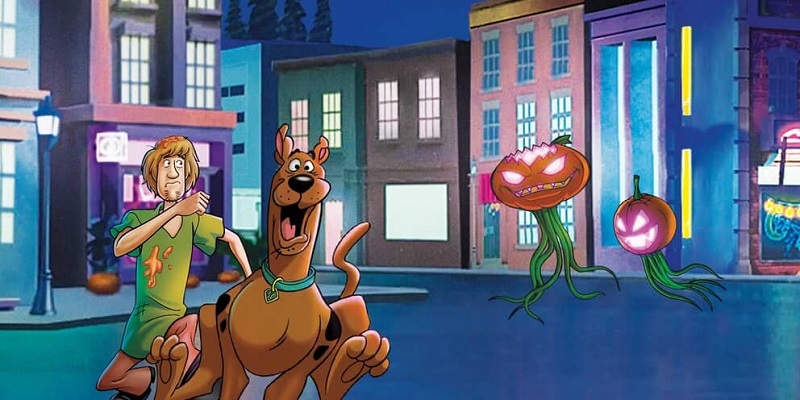 The queen of Halloween, Elvira, might have more animated projects on her hands, as Peterson had previously teased that she had been developing an animated project for the character.

“I pitched my animation project to Netflix and Shudder and they both passed on it, because they’re really not into doing animation,” Peterson said in a statement. “The way that came out [on social media] was that everybody had turned me down for everything. Completely not true. I have not pitched these other projects to them so they couldn’t have turned them down.”

She added, “Only the animation project, which I’m still working on, however, I kind of put that on the back shelf because I got an offer to do the live-action film, and if I’m gonna do the live-action, I better do it soon.”
Happy Halloween, Scooby-Doo! releases on Digital and DVD on 6 October.