Post the success of the first season, Netflix greenlit Glitch Techs for a second season, and revolves around Glitch Techs who work at a store and training centre, secretly dealing with Glitches that cause video game characters to manifest as energy beings into the real world. The Glitches operate based on the coding of their affected games and thus create havoc.

In the first season, the characters have located the Glitches, debugged them, reversed the damage, and erased the memory of anyone who witnesses them in action. The 10-episodes-long second season features scary Glitches, traitors, friendship, competition, duty and more.  The Techs are all set to save the world from major Glitch monsters that are about to destroy your world. The series is vibrant with every aspect of it enjoyable, including some uncontrollable Glitches and a group of Techs that just won’t quit.

The characters are interesting and witty and will keep fans hooked and depict a beautiful partnership between Five and Mico is adorable. Even when Mico is accused of being a Glitch, Five stands for her. Glitch Techs is a fun-packed action series for everyone irrespective of age and genre preference. These Techs resemble Power Rangers of the animated world. 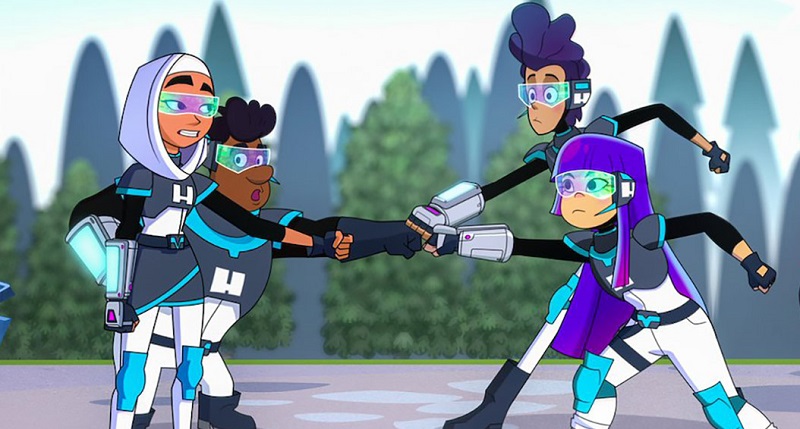