Akatsuki, headquartered in Tokyo with offices in Taiwan and Los Angeles, is an entertainment company based in Japan. Incorporated in 2010, Akatsuki has achieved remarkable growth and went public in 2016 on the Tokyo Stock Exchange. With a mission of driving innovation within the entertainment industry, Akatsuki is responsible for successful games and animation played all over the world. Its core business focuses on the production of mobile games and animation.

With the new wave of the pandemic outbreak, the lockdown anxieties have also accelerated especially for parents on the influence of the mushrooming infotainment channels across the internet, on their children. Additionally, there is an increased ambiguity on the future of infotainment and edutainment in India and around the globe. Animation Xpress speaks to Atasuki partner and Global IP Expansion head Yuki Kawamura on the company’s interest in investing in Indian content, the impact of entertainment start-ups globally and the scope of infotainment platforms for the future.

Kawamura is in charge of global business and corporate development at Akatsuki and is also overseeing startup investments in media, entertainment, and content verticals in India. He joined Akatsuki in 2018, prior to which he led the Japan launch of Netflix in 2015 where he was responsible for content strategy and analysis. He also worked at Booz & Company and Monitor Group as a management consultant (Tokyo and Singapore offices). He holds B.S. and M.S. in Computer Science from Keio University. Below are the excerpts:

How are you looking to invest and contribute to the Indian animation and edutainment content market in the near future?

As Akatsuki Entertainment Technology Fund, we already share some great relationships in India having invested in gaming, entertainment, and Edu-Tech startups. With Akatsuki coming in, we are expanding our commitment to India and solving for the untapped market for original kids’ animation content. We are looking to begin by bringing Japan’s fascinating characters and stories to Indian kids in a language they can relate to. Akatsuki strives to make animation more interactive with the power of storytelling to convey meaningful messages to Indian kids’ audiences.

What worked well for the edutainment channels globally during the pandemic?

Numerous lockdowns last year led to a surge in the number of subscribers to OTT platforms. Moreover, while the consumption of outdoor entertainment declined, higher at-home consumption of television, digital and gaming sections marked offset worked well for edutainment channels globally. Especially with schools shut, parents of preschoolers and kids under the age of five were increasingly looking for content they can enjoy as a family and content their kids can learn from as well.

Globally as the pandemic grew, there was also a growing need of communicating the new norms to kids under the age of five. Edutainment played a crucial role there. With online being the preferred mode of entertainment in the near future, edutainment space is only set to grow further with a strategic effort to be locally relevant.

Where do you think India is currently placed in terms of EdTech and Edutainment? 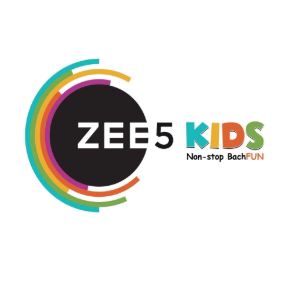 Post Jio, the penetration of technology and data in India has been deep enough to reach tier three and four regions. There is a huge need-gap however for localised, simplified, vernacular solutions in Ed-tech and Edutainment. The global pandemic has been another catalyst for expanding this need-gap even further, as users depend more and more on virtual and online offerings.

The ongoing pandemic forced us all to stay at home, forced kids to stay out of school, and forced parents to find new innovative ways to entertain, educate, and bond with their kids. The relevance of kids’ animation space has become bigger than ever. According to an estimate by the Broadcast Audience Research Council (BARC), there was a 39 per cent growth in consumption of children’s content during the lockdown. Some channels such as the Zee5 Kids witnessed a growth of 200 per cent in viewership during the lockdown. Others such as the VOOT Kids saw an increase of about 700 per cent in viewership.

However, we are still not tapping into the 100 per cent of our potential audiences by keeping the content/innovation primarily in English and Hindi. The future of Ed-tech and Edutainment has to be vernacular inclusive.

What’s the future of animation in India according to you? How do you want to leverage that using the cross-cultural, cross-lingual aspect?

India has the largest kid population in the world, and there is a huge gap in the supply of quality content targeted at kids. This gap has become even wider with wider access to the internet and smartphones across Tier three and four Indian cities and in the light of the current pandemic. The need for kids’ content in vernacular languages as they social distance is more significant than ever.

Initially, we are focusing on bringing dubbed and subbed Japanese content but in the future, we would also like to create and bring original IPs for India. Our plans there stand delayed for obvious reasons. We will bring dubbed and subbed content in Indian languages like Hindi, Tamil, Telugu, Gujarati, Punjabi, and more soon.

What shift in viewing patterns did you notice during the COVID lockdown and now in 2021?

In 2020, the media industry changed a lot, not just with the increased time span spent on the OTT platforms but in the consumer behaviour and preferences. With the tectonic pace of changes the industry is witnessing, we are hopeful that 2021 and beyond will be a game-changer that will help us redefine a lot of traditional rules in animation, with smarter technological techniques.

There is no denying that the future is digital. Technology will continue to play a significant role in redefining the business operations and companies will also focus on delivering aggregated content and personalized experiences this year.

Indian viewers now expect tailor-maid, intertwined content in terms of characters and contexts. Hence, the demand for homegrown IPs is marked to rule the industry in 2021. India’s accelerated co-viewing patterns and incline towards linear and digital media both collectively with reference to entertainment and edutainment is foreseen to embark Kids and Family Content as the leading trail in the country. 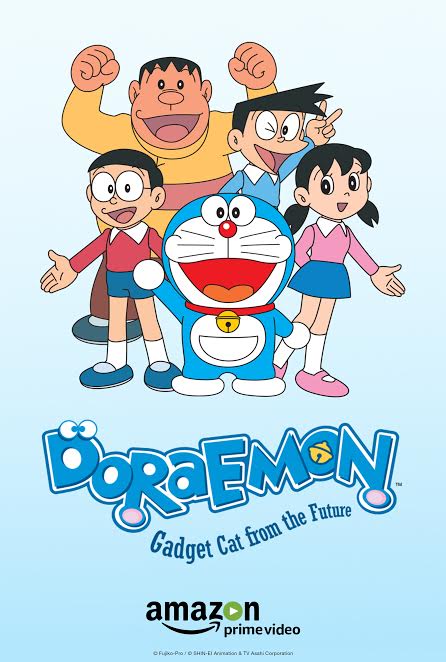 Presently, there is very limited content in India targeting the lower primary school grades and below, but there is an increasing demand for production and a gap to be filled, as mentioned above. The online animation industry in India is seeing an uptick in the number of users on its platform. There is also a surge in the number of hours Indian kids are spending on watching content and animation in the year 2020 and we believe this is only going to increase in 2021. There’s already a proven appetite and affinity for Japanese characters in India as reflected in the popularity of animation like Doraemon, Ninja-Hattori and Shinchan.

Our primary focus for 2021 is to build a community following for the content IPs we plan to introduce in India and build on them further basis consumer insights and adoption. Eventually, we plan to monetize these properties through merchandising offerings as we have seen happen for multiple Marvel and Disney IPs.

Trends to look forward to from AET?

We are focusing on bringing dubbed and subbed Japanese content. We plan to bring some licensed popular Japanese IPs to India next, followed by the development of original IPs keeping the Indian vernacular audience at the center of it. Additionally, we are looking to set up a local office in India, and also, we are looking for people to partner with for Akatsuki Inc animation vertical.