Animation and VFX industry has evolved into an exciting opportunity for young talent to pursue a career in India and across the globe. It is an integral part of content worldwide nowadays as these technologies have made storytelling powerful and visually more attractive.

Netflix has been backing up these mediums a lot lately and wants to support the animation industry and nurture the next generation of animators. The streaming powerhouse recently partnered with GOBELINS and Amity School of Film and Drama (India) for a week-long (15 to 19 March 2021) Visual Storytelling animation course combining the art of story and image. 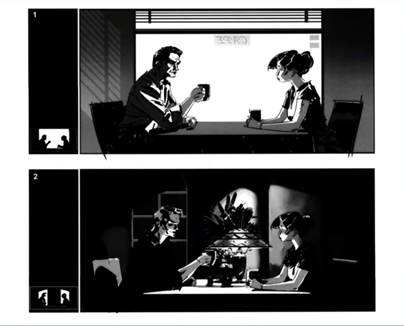 The virtual programme was spearheaded by Netflix Creative Talent Investment director Christopher Mack and GOBELINS L’école de L’image head of International Relations Cécile Blondel. GOBELINS L’école de L’image curated the course and faculty, many of whom were graduates and teachers from the famed animation school. Students were introduced to Storyboarding and Animation principles during the lectures of the programme.

Commenting on the response of the week long course, Blondel shared with Animation Xpress, “The response was amazing and the experience was one of a kind. We had very bright students from across three continents. We were elated to be able to interact with students from India, Europe, South America and more. They really bubbled with enthusiasm and it was an excellent experience for teachers like us.”

Additionally, Netflix intends to nurture the next generation of animators by teaming students at India’s Amity School of Film & Drama and promote the thriving Indian animation.

“We love fresh new creative voices, and were grateful to be able to help support and spend time with this group in a way that celebrates India’s storytelling culture and helps bring more of it to the world,” Mack said in a statement. He also said that Netflix is “100 per cent open to Indian animated content as Indian culture is rich in storytelling” and they are open to explore myriad stories and content.

The COVID-19 pandemic fueled the animation industry across the world with live-action projects being stalled and remote working being impossible. It’s when this medium stepped up as a saviour for many sectors even in storytelling which could not be explored in live-action.

Speaking in this context, Mack told Animation Xpress, “I think during the pandemic we found that content was a utility and people needed storytelling to escape the boredom from the outside world. The best part is we can explore different worlds in animation and it’s the visual introduction of storytelling for kids, so there’s a great opportunity to express and explore different cultures for kids and beyond. For instance, Mighty Little Bheem, which became a phenomenon, a revolution with its unique treatment and showcase of culture and values. With the pandemic, the world became smaller and stories – of hope, of courage, of values, of love made the difference.” 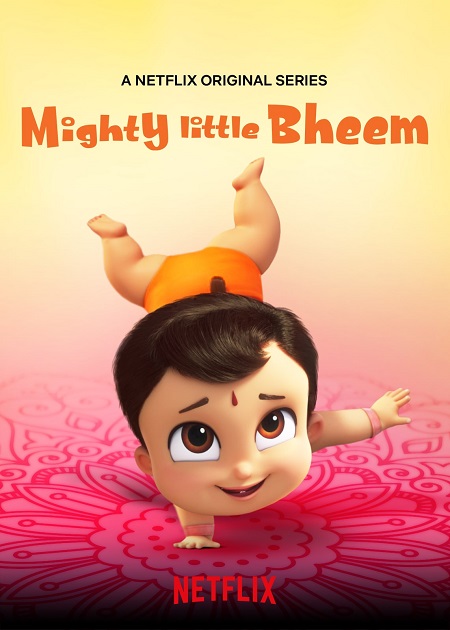 He further noted that the Coronavirus outbreak opened different opportunities and ways of education and passing of knowledge and interaction. “We would have made Cécile travel if not for the pandemic but even for the virtual edition we had students from three continents and that tells enough of the power of the mediums and that was fascinating,” said he.

Mack agreed that such programmes are the stepping stones towards the vision of Netflix chairman, co-founder, co-CEO Reed Hastings’ vision “to take on Disney in animation” in the “next 50 years”. However, he mentioned that Disney has years of legacy and the streaming powerhouse is ready to take lessons from them. “We are gonna make and create new and exciting characters and tell universal stories. Mighty Little Bheem was a global hit because it was an Indian story that resonated so well because of its cultural fervour yet global sentiment.”

Blondel also threw light on the drastic shift in education and the tremendous boost EdTech has received owing to COVID during our conversation. Talking about managing the shift in infrastructure and coping with the ‘new normal’ model of her students, she stated, “In teaching, you can never replace the contact of the student-teacher interaction; but the pandemic pushed us to do things for their safety and in a way it made the world smaller and spread the education further wide. EdTech has had a massive effect, and we need to really push and give students the opportunity who couldn’t travel abroad a chance with the hybridization of education. I was thrilled by this opportunity and this pilot programme.

At school, production was on for a number of films when the pandemic hit us. We have always focused on skill development and don’t have lectures per se. We have small studios for which they work. We gave away systems to students at the beginning of the remote working model and we constantly stayed in touch. This bond, keeping contact, encouraging and helping them when in need, was the key to cope with the new normal. Their resilience and the psychological dimension of the trust and the bond helped them overcome this shift.”

Mack added that such programmes are business imperative as the streamer’s subscribers are growing. “Our service is growing and we need to build a massive amount of content, for which we need talent from around the world to deliver this at the highest level. When we collaborate with a creator, we also provide the budget that’s required for the story and that’s the philosophy all over the world. And we want to partner with first in class educational institutes, individual talents around the world that democratise that information. For Netflix, we need to make sure that talented individuals find their way into this system and continue the storytelling.”

Both of them advised students to “study story as one can have the best animation but if the story isn’t good it wouldn’t make a difference”. They also urged students to have patience as the right story and the right talent will surely be recognised, as this is the world that runs and lives on the Internet. “Make your voice heard, don’t wait for a Netflix or others to find you,” they concluded.