Discovery owned, discovery+, India’s first aggregated real-life entertainment streaming app, has announced foray into the kids genre, becoming one of the few streaming platforms to cater to the particular audience. This expansion will be an important addition to its existing library of thrilling content that continues to entertain and educate its passionate audience.

A pioneer in infotainment, discovery+ is all set to excite young viewers with the digital first premiere of the most awaited blockbuster from the Little Singham franchise, Kaal Ki Shaatir Chaal. 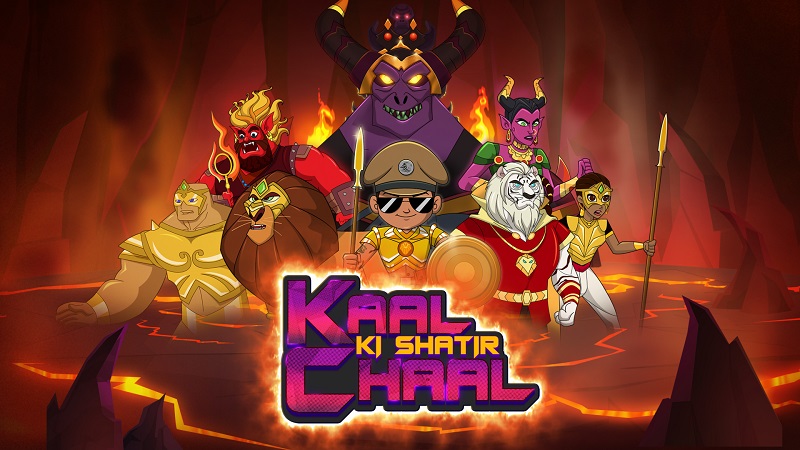 Speaking about this extension, Discovery Direct-to consumer head-APAC Issac John said in a statement, “We are committed to being a platform that appeals to every person in the living room of an Indian household. With that in mind, we are premiering a wide canvas of kids focused shows on the app. We are kick starting this kid focussed destination with the launch of a new blockbuster film of our much-loved animated super cop Little Singham. Additionally, titles like, Mythbusters, and Dynasties also give our younger audiences a chance to understand and be curious about the world they live in. Interestingly, our most recent discovery+ original Secrets of Sinauli is also being widely used by online teachers as a reference point to simplify curriculum, thus adding another dimension to our differentiated, and trusted experience for kids on discovery+.”

discovery+ is also introducing exciting new content ranging from animated movies to kid friendly cooking shows to edutainment content including Chopped Junior,  Mr. Bean, Sheikh Chilli & Friendz, Kisna, Tee & Mo, Sally Bollywood, Mister Maker, Horrid Henry and many more. Surely, kids are in for a treat on discovery+ and can dive into the world of unlimited fantasy, never-ending adventure and many informative titles like How Do They Do It, MythBusters Jr et al to increase their knowledge base.

This announcement comes a couple of months after Discovery Kids head Uttam Pal Singh in an exclusive interview with Animation Xpress, hinted positively when enquired if discovery+ would feature kids content soon.

“Discovery is our mother brand and everything is in progress to make it an one stop shop for infotainment, entertainment, content on knowledge, adventure and so much more. The work is in progress, however, nothing’s for certain yet,” he had shared in late 2020.

With the plunge into a new genre, here are the highlights of the content line up:

Little Singham’s biggest enemy Kaal is back with yet another dangerous plan as an unconscious Kaal sends his ‘Buri Shaktiyaan’ (‘Krodha and Lobheena’) to spread anger and greed in the world. While our superhero cop goes after the Buri Shaktiyaan to destroy them, he ends up losing all his powers and gets pulled into Pataal lok instead. It will be interesting for the audience to watch how Little Singham will be able to save the world this time without his powers, in this special blockbuster. 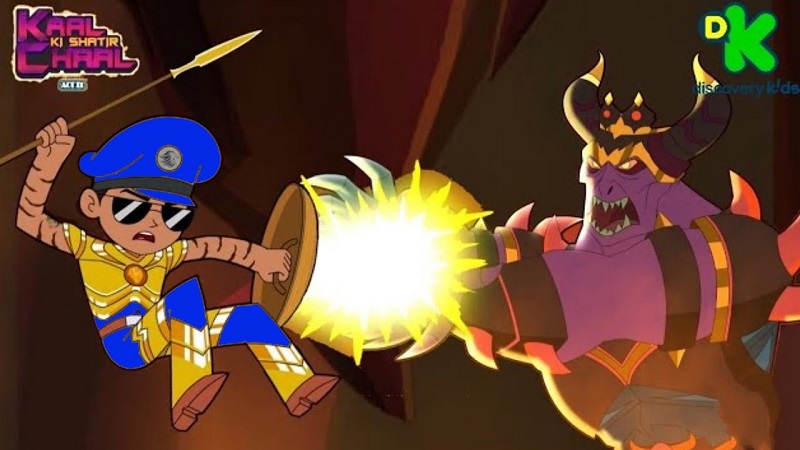 Mister Maker brings the world of arts and crafts to life for little ones, with a mix of live action, graphics, and animation techniques. He collects required things from the Doodle drawers or an art and craft shop to make the desired interesting things.

Little chefs compete against each other by showcasing their ability to prepare and present delicious dishes and vie for the title. Each episode of Chopped Junior showcases the talents of children seeking to make unforgettable meals from mystery ingredients under a ticking clock.

Kisna is the story of an adventurous and amusing young boy from Anandnagri and his adversary, the wicked Raja Durjan of Andher Nagri. Using his superpowers, Kisna, along with his friends, tries to solve every problem with wit and valour.

The series revolves around Sally, a young detective who is a 12-year-old Indian girl and lives in the city of Cosmopolis, where people of different nationalities and ethnic groups make up the population. She is a huge fan of fuzzy frogs. Her father, Harry Bollywood, is a private detective, which has inspired Sally to start her own investigative service, Sally Bollywood Investigations (SBI), located in the basement of their home. Sally and her best friend Doowee McAdam generally investigate cases brought to them by their schoolmates, by travelling around their local neighborhood, with Sally using her skills of deduction and Doowee using technology he invents.

Henry, a self-centered, naughty prankster who has issues with authority is faced with a problem. With the moody girl next door continually pestering him, and his perfect little brother always showing him up, life’s not easy for ‘horrid’ Henry. This three-time BAFTA nominated show features the UK’s most successful children’s literary character after Harry Potter. Henry knows he’s destined for stardom, he’s just not quite sure when or how!