Genie Family 2020 is coming to Crunchyroll in October. Viz Media announced that it has acquired the license to the Tatsunoko Production’s new television anime based on the 1969 Hakushon Daimaō anime. Crunchyroll will stream the anime in October in North America and Latin America.

The new story is set 50 years after the 1969 anime. King Genie is back, and has a daughter named Akubi, who must undergo training in the human world to become a worthy queen. She goes on various adventures with Kan-chan’s grandchild Kantarō Yodayama. 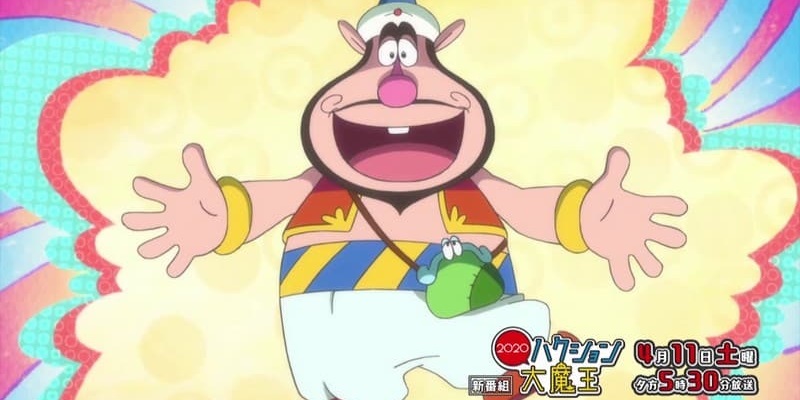 The voice cast includes Koichi Yamashita (Ryoga in Ranma ½) as Hakushon, Sumire Morohoshi (Emma in The Promised Neverland) as Akubi, Daiki Yamashita (Izuku in My Hero Academia) as Puuta and Miyuri Shimabukuro (Carole in Carole & Tuesday) as Kantaro.

“Genie Family is one of the most endearing animations of its time, and we are thrilled for a whole new audience to meet the latest generation alongside fan favorite King Genie in brand-new adventures,” said VIZ Media CMO Brad Woods in a statement. “What was true in 1969 when the original show premiered is still true today: wishes and dreams have endless potential. We can’t wait for today’s kids to meet Kantaro, Akubi, and her rascally kid brother.”

The series is directed by Atsushi Nigorikawa, while series composition is handled by Hiroko Kanasugi; character designs are by Shin Takemoto and Masatsune Noguchi and the music composition is by Takamitsu Shimazaki, Hiroshi Sasaki and Teppei Shimizu. The animation production is by Tatsunoko Production (Speed Racer, Gotchaman, Casshan, Hurricane Polymar, Tekkaman, Infini-T Force) and Yomiuri TV.