Contiloe Pictures, premium broad-based entertainment content Production Company, which has proved itself to be one of the pioneers in the industry since its inception two decades ago, is rebranding its VFX division to Illusion Reality Studioz.

With an aim of becoming the one stop destination for all VFX needs, the in-house vertical, will solely focus on VFX, animation, previz/techviz, on-set camera tracking, lidar scanning amongst others, and will continue the Contiloe ethos of merging storytelling and art with science. The vertical will be helmed by CFO and Business head Nitin Dadoo.

“The entertainment industry has grown ever since our entrance into the space two decades ago, and it constantly keeps evolving. Our aim is to service the premium content market and visual effects is an integral part of that. We are constantly looking at newer avenues of advancing, and with the continued expansion of our VFX, Animation, TRC, Matte Paint, CG and Comp Departments Illusion Reality Studioz will be able to provide a full service solution from Pre Production to Post, all under one roof. Our promise is to provide world class visual effects to content makers across the country,” said Dadoo.

Contiloe Pictures was the first to pioneer real time facial Motion Capture on the small screen and PreViz for VFX specific sequences. With this vertical, the company is evolving into a full Virtual Production Studio utilising the Unreal Engine and photo real assets via Techviz and Real Time Camera Tracking to combine with ‘in Camera’ visuals to create On Set Final imagery. This process allows, in real time, to review, change and interact with the complete visuals, instead of a blank ‘green screen wall’, with an added potential of Rear Screen Projection and LED Walls, and the ability to offer a full service VP Studio to anyone across the country.

Commenting on the rebranding, Contiloe Pictures CEO Abhimanyu Singh added, “Our aim is to create world class premium content for all local audience and a fully focussed VFX division is going to allow us to conceptualise and offer International quality content to storytellers and creators. With this, we want to be the first movers into getting the best that the world has to offer and apply it to Indian content.”

Before the rebranding, the VFX division has worked on projects like State of Siege: 26/11, American Pie Girls’ Rules, Sye Raa Narasimha Reddy, Vignaharta Ganesha – India’s first television show to use Motion Capture Technology, and Mahayoddha Rama, that won them the National Award in the Best Animation Film category for their 3D animation feature. As Illusion Reality Studioz, their upcoming projects include State of Siege: Akshardham which is slated to release this year on ZEE5.

Contiloe Pictures has additionally ventured into the digital space with their web show State of Siege: 26/11 which has also received critical acclaim including the recent Best Premium Original Digital series at the VAM Awards. The production company will now be split into three verticals – television production, VFX and digital. 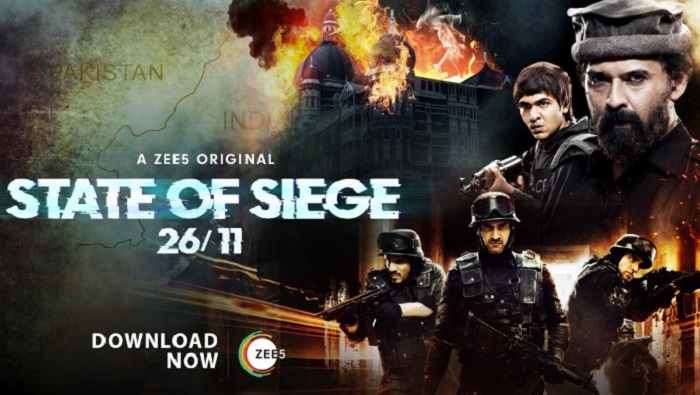