ASIFA India is calling for entries for the Awards of Excellence organized as part of International Animation Day (IAD) celebrations schedule to be held in the months of October / November 2011. The event will have content screening, workshops and special sessions led by some of the industries top names. The high point of these celebrations is the ASIFA India‘s Awards of Excellence, which celebrates the very best in animation across the country. 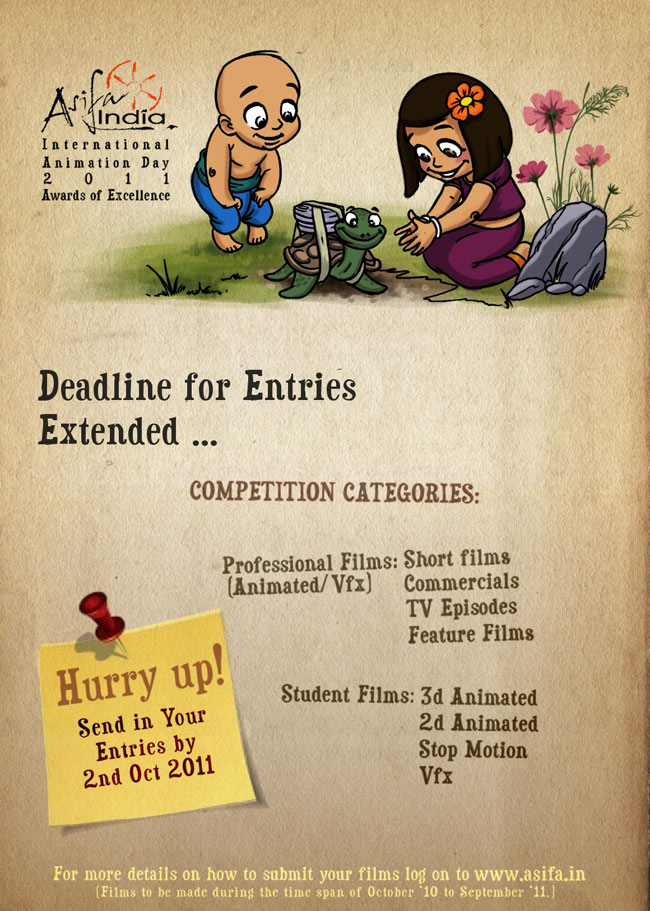 Submission of films is free of charge but films must have been completed between the time span of October ‘10 to September ‘11. Deadline for the entries is 2nd October, 2011. All participants must fill the Online Entry Form Click Here for Entry Form.

The following material has to be sent together with each submitted film:

Following are the categories available for submission to competition this year: