COVID-19 outbreak has had many adverse effects – be it on lives, jobs, industries, sectors and many more. But in this piece, perhaps we are looking at two pictures that have been affected in absolutely opposite ways due to the pandemic.

One, the tremendous sufferings of the migrant workers owing to temporary shutdown of factories, losing jobs, being shelter-less and braving the pangs of hunger. On the other hand, the pandemic opening newer avenues and opportunities for animation as a medium. And when both of these come together, a heart wrenching yet stunning story is born. Animated short, Tasveer (meaning Photograph), narrated and co-produced by actor Ali Fazal and created by independent filmmaker and animator, Ashutosh Pathak, is one such visually powerful story.

“COVID has had an odd effect on artists. Bound by four walls for months now, we are committed to the discipline of creating something everyday. When news of the migrant workers spread, I had no defense or excuse of looking away. It wasn’t too long after that I wrote the words for Tasveer. There was no particular research needed for this film. I just had to tap onto my feelings and try to express what I felt and wanted to say. The title came to me much later after I had written the words, and in fact was half-way through the animation of the film. Initially, it was just called ‘Photo’ in my head. But as I worked on it, I realised it’s a portrait of us, hence the word Tasveer,” Pathak revealed to AnimationXpress.

The almost four minute animated clip is an ode to those workers who lost something or the other in this lockdown, for whom ‘social distancing’ is a luxury. It’s an apology from many of us who couldn’t do much, other than feeling helpless or momentarily feeling bad from the comfort of our homes. How loads of photographs were ‘shared’ on social media and a few could do something for them.

“I don’t know to what extent my feeling is necessary about this association, but gratitude, yes. It is because of the collective feeling of our entire ecosystem that something like this had to sprung up in time to call for our souls to be stirred up a little from this slumber we are all so used to. What was beautiful about Pathak’s approach was that it was a pure example of when art in its true sense can be used to jolt up the high and mighty classes,” Fazal shared with AnimationXpress.

Before Tasveer, many filmmakers, comic artists, animators and other creative professionals have showcased the sorry condition of the migrant labourers, the stark contrast between ‘quarantine’ or ‘lockdown’ for ‘privileged’ and the ‘pained’. Few months ago, actress Taapsee Pannu voiced an animated short, Pravaasi directed by Kireet Khurana. But Tasveer stands out because of its unique narrative style (personally it felt like the ‘stream of consciousness’ technique) and animation techniques. 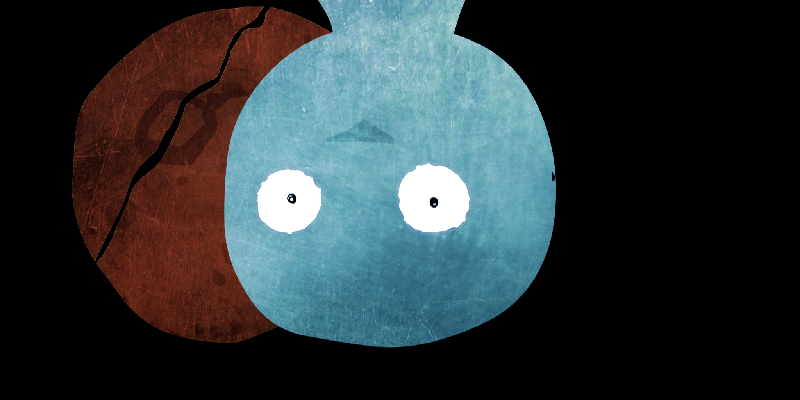 Commenting on that, Pathak noted, “Yes, it was a mix of a planned and an abstract approach. The writing was very organic and unguided. I think I wrote the piece in about 15 minutes, but there was a good week of brooding, meditating on what needed to be said. I did give myself the leeway of dreaming when planning the shots – but they were mostly curtailed by the fact that I would be animating by myself. So at that stage, there was a lot of pre-designed effort. One good thing I did was, not to provide a thumbnail frame, or plan out key frames. I would look at the frame, draw the character as I ‘felt’ was correct, and then animated in a straight-on method. This helped to give the film a little surreal feel.”

Pathak created the animated short all by himself with some help from filmmaker friend Pradipta Ray who did the ‘march’ shot along with music and sound design by Neel Adhikari. His music took the film to another level altogether, with his haunting score. It was a hard grind of two months on production, and about a month more on post production for Pathak to complete Tasveer using Flash, Photoshop and After Effects. 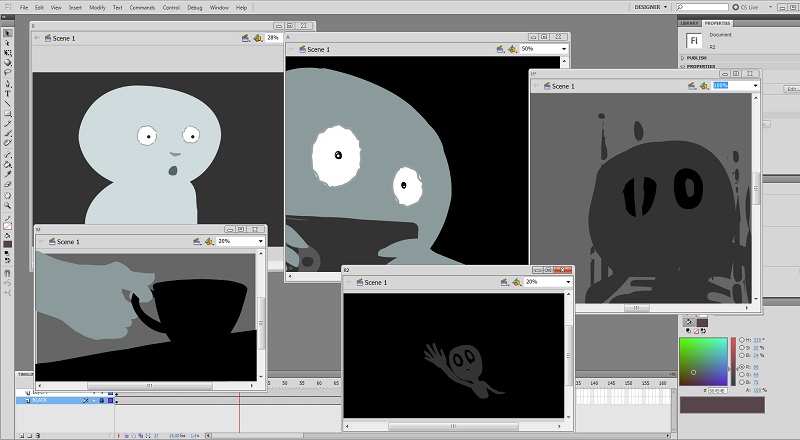 “I lied down on my back and visualised a series of shots on a particular sentence. Then thought of the simplest possible way to achieve it – change the framing to suit maximum impact and least work. Design the first frame, test it out with background and effects, and then just start animating. Walk around in circles in between animating, cursing yourself for picking animation as a medium,” Pathak quipped, taking us through the process of animation.

For him, there was no question of ‘choosing’ Fazal to lend his voice to the animated short, as he didn’t know him before collaborating on Tasveer, neither met or worked with him before. He was introduced to the Mirzapur, Fukrey actor through a friend, who recommended him as a star without hangups and with an interest in experimenting.

“When Fazal read the piece, he called me, and I immediately liked his enthusiasm and humility. From there on, we connected almost instantly. He owned the voice-over from the start, I only had to nudge him now and then if he was steering off-course. The main trouble was during the recording of his voice. Initially, I tried to get a mic at his house and instructed him how to use the equipment over the phone. He had to struggle to find quiet places in his house to record, and one of the mic channels was not working. But it was a good reference dub. During the actual dub on the first lineup, I had moved to another town, and we had to organise the recording remotely. That day, there was a cyclone warning in mumbai, but somehow, it happened,” informed Pathak.

Speaking about the experience Fazal added, “It was a nice experience working on Tasveer with Pathak and others. I learnt about collaboration and team effort. We all fed off each other. Adhikari’s music fed off the art and my voice fed off the poetry. It was intertwined in creation – an artist’s dream.”

To Pathak, animation is about “the abstract, the meaning, the unseen, the untouchable, the soul. That will always remain its strength”, and he’d like to use it that way “keeping aside the harsh realities of life to live-action,” while Fazal considers it as a “way to get to corners that the tangible may not allow, a tool to access more.” Pathak’s style in Tasveer was unique to this, not too distracting but to the point and yet meaningfully strong.

झाँकिये अपने अंदर । शायद वहीं कहीं छिपा है आने वाले कल का हल । This is what we have seen and felt . And when i say we, i dont mean the woke 1 percent on social media but we, the people of india, down below down under.. unfortuantely this scream will not reach the villager and the worker but it may ring your ears – you, yes you scrolling about your phone and passing judgements on all the happenings of the century.. and that includes me . Us all. We are not bad people. We’ve just been conditioned to march along narratives and trps. I will let the video do the talking. If you like it , do share it. Its not my voice alone. I speak for a lot of us in this. Thank you @daffymonk for having me onboard . — CREDITS Written, Animated and Directed by Ashutosh Pathak – @daffymonk Music and Sound Design by Neel Adhikari – @Neeladhikarimusic Mixed by @philtersoup ‘March’ illustration and sequence by Pradipta Ray – @pradipta_ray73 THANKS Avani Rai – @avani.rai Anubhuti Kashyap – @anubhuti_k Dibya Chatterjee – @Dibya.chatterjee Rajdeep Chowdhury – @rajdeep_chowdhry Chatura Rao – @chatura_rao