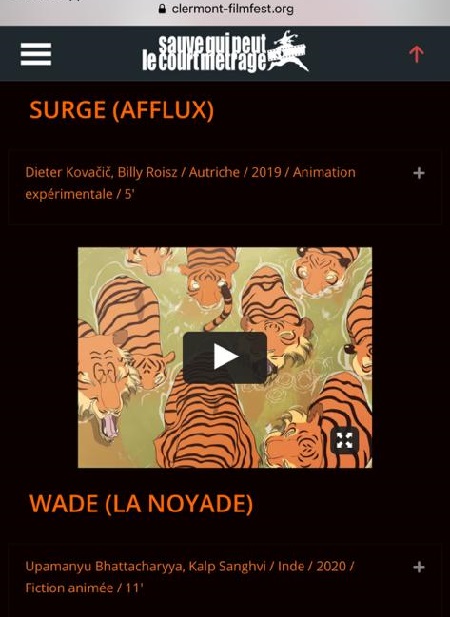 Kolkata based animation studio’s Wade is a climactic dystopia set in a not-so-distant future ravaged by sea level rise, where a group of humans and an ambush of tigers face off on the flooded streets. Wade has had 82 selections so far and won ‘City of Annecy Award’ at Annecy 2020, ‘Audience Award’ at Brooklyn Film festival, ‘Best Art Direction Award’ at Animayo Las Palmas festival, Gran Canaria; ‘Best Animated Short’ at ShortStop Festival, ‘Artist Award’ at Odense Film Festival (OFF), Satoshi Kon Award for ‘Best Animated Short Film’ at Fantasia international Film Festival and more.

Commenting on the Clermont festival selection, co-director Kalp Sanghvi told Animation Xpress, “We’re thrilled  and really honoured to be a part of this programme at Clermont ISFF. Wade is a special film for us. I’d request every film lover to watch the film screening free online and vote if you/they like it.”

Wade is quite unique and realistic in terms of its animation techniques and treatment. The animation, perfectly aided by the sound design by Troy Vasanth, creates a deep impression and is hauntingly beautiful. The entire film is drawn on tablets and animated frame by frame. 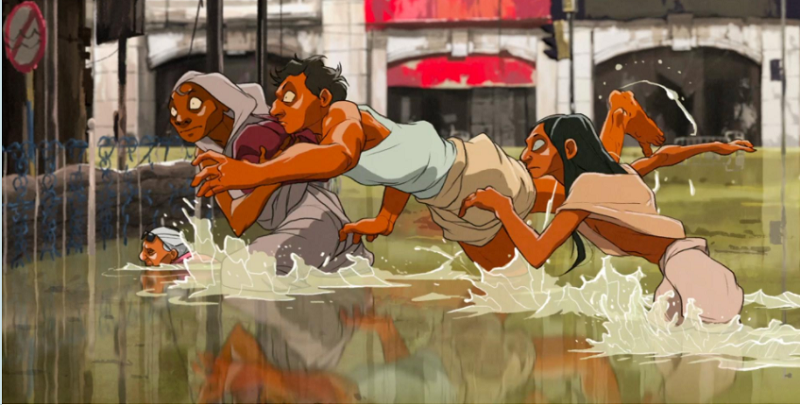