After clearing the first round of nominations for the 93rd Academy Awards on 9 February, Hawaiian animated short, Kapaemahu is now gearing up for the bigger face off. Ahead of the next round of voting by the Academy’s animation branch on 15 March, the makers have released the ‘Making Of’ video of Kapaemahu to give a better insight and look into the history of making the film. 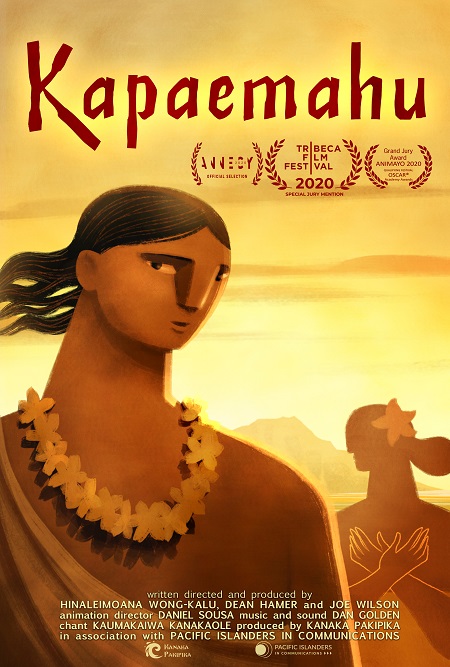 Speaking about the video, director-producer Hinaleimoana Wong-Kalu shared with Animation Xpress, “We produced this behind-the-scenes video to document the unusual back story and collaboration behind our film. When we started this journey ten years ago, we had no idea of all the twists and turns it would take us upon. From the finding of the handwritten manuscript to the decision to voice the film in a dialect that is almost extinct, from finding an animator who shared our vision to the realisation of the immense amount of time and work needed to make an animated film, every step has been a revelation. We are in some ways an odd team, with very different backgrounds and skill sets, but all dedicated to the same purpose. An unique aspect of Kapaemahu is that it’s based on original research that cannot yet be found in a history book.  In the video, we talk about discovering the original manuscript and how it was turned into an animated short through the efforts of our diverse multicultural team.”

The video gives an indepth picture of how tireless research, fascinating cultural history and animated imagination blends into a whole – an animation masterpiece that the film is.

On 15 March, five official nominees will be determined followed by a final round of voting by all Academy members to select the winner, which is to be announced at the Academy Awards ceremony on 25 April.

Kapaemahu is a co-production of Kanaka Pakipika with Pacific Islanders in Communications, with funding from the Corporation for Public Broadcasting. Besides Wong-Kalu, Joe Wilso and Dean Hamer also serve as co-directors and co-producers.