In the long history of Hollywood, the deprivation, erasure and misrepresentation of indigenous people has been a glaring problem. Pushed to action by #OscarsSoWhite, the movement that emerged five years ago to focus media attention on the entertainment industry’s treatment of historically marginalized groups, the Academy of Motion Picture Arts and Sciences developed new standards to encourage equitable representation and inclusion throughout all categories of its prestigious awards for achievement in film.

But progress remains slow and the omissions have been great. Since the inception of the Academy Awards 91 years ago, no Native Hawaiian, or even a Hawaii-made film, has ever been nominated. However, the scenario could change this year.

The animated short that hails the healing powers of four ‘Mahus’ (transgenders) Kapaemahu premiered on The Criterion Channel in December and won critical acclaim in the international film festival circuit. Kapaemahu is co-directed and co-produced by Wong-Kalu, Joe Wilson and Dean Hamer.

Commenting on bagging top awards at Oscar-qualifying festivals, Kapaemahu director and producer Joe Wilson told Animation Xpress, “Despite the pandemic, Kapaemahu has been fortunate to travel around the world, and to win Oscar-qualifying awards at three quite different festivals reflecting the appeal of the story to diverse audiences was an overwhelming experience. Our first win was the Grand Jury Prize at Animayo, an animation festival in Spain, which was wonderful because it shined a light on the beauty of our animation director’s artistic aesthetic and storytelling imagination. The next was Best Animated Short at the Atlanta Film Festival, one of the largest festivals in the traditionally conservative southern U.S., revealing a growing interest in films that expand the range of who deserves inclusion and representation on the screen. The third qualifying award came at the Foyle Film Festival in Northern Ireland, a land known for its own rich culture and ancient mythology. This was huge for us because they really understood the importance of the “mo’olelo” of Kapaemahu as a blending of legend and history in the Hawaiian cultural context.”

Kapaemahu focuses on the issue of reclamation of Hawaiian histories. The eight-minute film tells the story of four ‘mahus’ -extraordinary beings of dual male and female spirit who brought the healing arts from Tahiti to Hawaii long ago. Beloved by the people for their gentle ways and miraculous cures, they imbued four giant boulders with their powers. Although the stones still stand on Waikiki Beach, the true story behind them has been hidden from history, until now. Narrated in Olelo Niihau, and seen through the eyes of a curious child, Kapaemahu brings this powerful legend to life through vivid animation.

The story is especially meaningful to Wong-Kalu, a ‘mahu’ herself coming from Westernized Hawaii where transgender people had become targets of bigotry, exclusion, and violence.

“Had I known the story of these stones when I was young, it might have made a real difference in my life. It’s difficult being your full, authentic self when your history and language have been kept from you,” said Wong-Kalu to Animation Xpress. 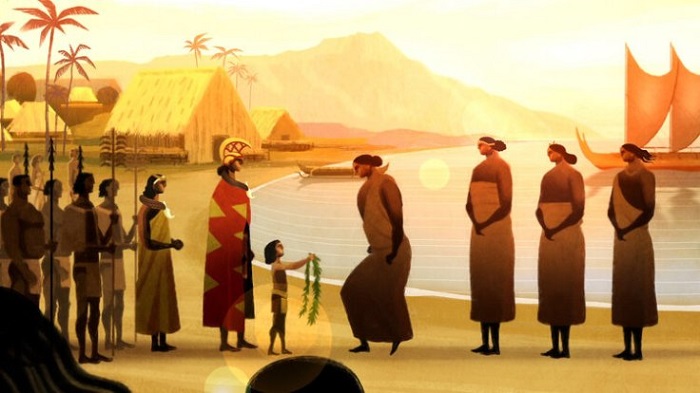 Wong-Kalu’s Kanaka Maoli identity is central to her art. She added, “Our survival as the indigenous people of these islands depends on our ability to know and practice our cultural traditions, to speak and understand our language, and to feel a genuine connection to our own history. That is why I wanted to make a film about Kapaemahu, and to write and narrate it in the only form of Hawaiian that has been continuously spoken since prior to the arrival of foreigners. We need to be active participants in telling our own stories in our own way.”

Wilson added, “We’ve also been thrilled by the reception the film has received at children’s festivals, even among the youngest audiences including the Children’s Jury at the Chicago International Children’s Film Festival. While older generations may still struggle with issues of gender diversity, kids are way ahead of the curve, and that gives us hope for the future.” 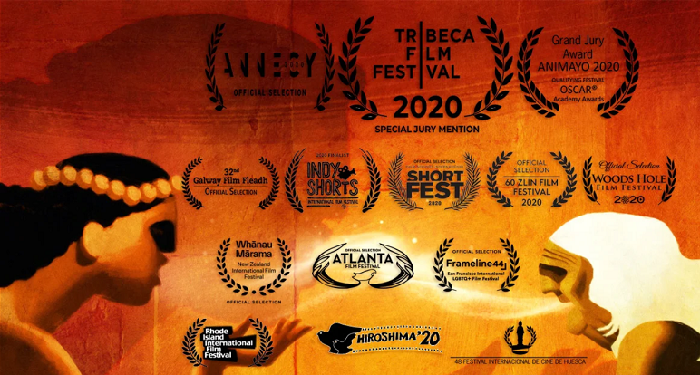 Speaking about how revolutionary it would be for them and the film industry in general if Kapaemahu bags an Oscar nomination, Wilson mentioned, “As far as we can tell, no indigenous film has even been nominated for an Academy Award for Best Animated Short Film. There’s also never been at LGBTQ film nominated in this category. So winning an Oscar nomination would be revolutionary on two different fronts. If we’re fortunate enough to achieve this goal, we’re going to start a new hashtag: #OscarsSoDiverse.”

The film is streaming on Vimeo for a limited time as awards season kicks off and The Academy Awards ceremony takes place on 25 April 2021.

Kapaemahu is a co-production of Kanaka Pakipika with Pacific Islanders in Communications, with funding from the Corporation for Public Broadcasting.