CelAction has announced the completion of “The Itch Of The Golden Nit” by Aardman Animations and Tate. This half-hour film was created using ideas and drawings from literally thousands of children aged 5-13 years old, and animated by Aardman’s team. Voices were provided by stars such as David Walliams, Rik Mayall, Catherine Tate and Alexei Sayle. 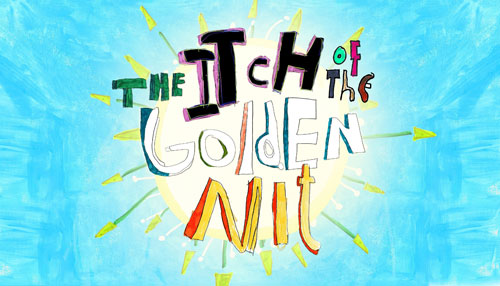 CelAction2D was the animation software selected by Aardman to maintain the hand-drawn quality of the characters, and to enable them to be animated quickly and to a high quality by the production team.

“Working with Aardman was a real highlight,” said CelAction CEO Andy Blazdell. “It’s always a pleasure to see such talented people using our software, and on a project of this scale, for such a worthy cause, we feel proud to be a part of it.”

“CelAction2D was the perfect solution for the Tate Movie Project – it was the only animation software that kept the scanned-in textures at perfect quality,” said Emma Lazenby, Art Director on the Tate Movie Project. “This meant that the drawings being animated were the ones actually drawn by the children, with just a few adjustments by our team using felt tips, pencils and paint to make alternate shapes and angles, and a little tinkering in Photoshop to give joints more movability. For this project, we made over 450 characters, all animated using CelAction2D.”

“This was a very challenging animation project”, said CelAction CEO Andy Blazdell. “The sheer amount of characters and different graphic styles would have been impossible to handle using other methods. Once again CelAction2D is proved to be the software that can do the jobs that other software can’t.”

“The Itch Of The Golden Nit” is currently being shown around the United Kingdom at select venues.

CelAction2D is available for Windows XP, Windows Vista and Windows 7

Tate Media complements the four Tate galleries by working beyond the traditional gallery context, and actively engaging large audiences through both traditional communications and innovative online and multimedia programmes, for which it has won numerous awards, including four Baftas.