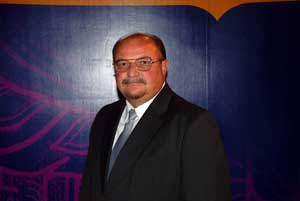 Prasad Corporation Ltd., a member of the 55 year old Prasad Group, has named Paul Stambaugh as Senior Vice President North America Operations. Paul will be responsible for the day-to-day management of the Hollywood office with oversight of the company‘s North America Digital Media Services with special focus on Digital Film Restoration and Stereo Imaging segments.

Stambaugh comes with more than four decades of experience in managing film laboratories, video & digital post services and is an expert in film restoration and preservation, most recently serving as Managing Director of Technicolor‘s film laboratory and post production facility in Bangkok, Thailand.

Stambaugh became Managing Director of Technicolor, Thailand in 2004 and helped build it into one of the largest film laboratories in Southeast Asia. He previously served as Vice President of the Technicolor/CFI Film Preservation and Imaging Group, based in Hollywood. Stambaugh has worked in film laboratories all through his career and started out as a “can boy” at Pathé Film Laboratories. He went on to found United Color Lab and Images on Video.

“Paul is an imaginative leader and is extremely knowledgeable about the state of the international film industry” said Prasad Group CEO, Sai Prasad. “Most importantly, he shares our clients‘ passion about film, film restoration and the tremendous potential that Digital Media provides to monetize this asset.”

“It is an honor to join this well respected family company that has over the past 55 years serviced the international motion picture industry,” said Paul Stambaugh.