The task of living up to Kipling’s (Rudyard Kipling) imagination presupposes a great deal of commitment and attention-to-detail. Above all, capturing the essence encapsulated in the book in itself demands accurate portrayal of the darker nuances on the landscape of jungle ranging from (Bagheera) the panther’s sonorous roar to (Sher Khan) the tiger’s sinister and intimidating demeanour. Andrew Serkis has deftly taken these points into consideration in his reimagination of the legend, Mowgli: Legend of the Jungle 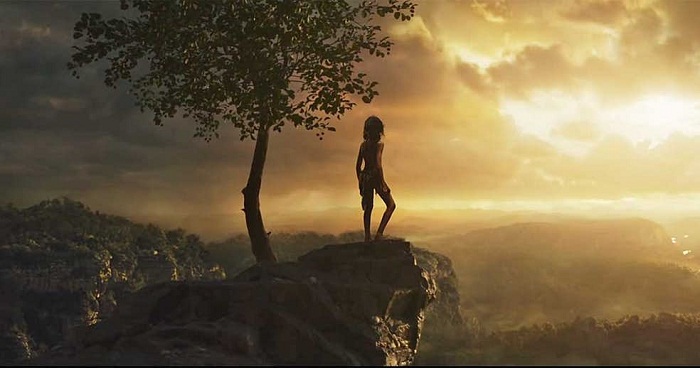 The cardinal mistake that the previous adaptations made lie in the deliberate sanitisation of an impactful story that is deeply entrenched in the overarching ‘Man versus Wild’ theme with layers that depict courage and mental conflicts. At the outset itself, Serkis lays bare that he has no plans of pulling any punches as the opening scene unfolds with Mowgli’s parents being violently roughed up and beleaguered by the brutal antagonist Sher Khan, thereby orphaning the man-cub Mowgli. Though raised by the pack of wolves, Mowgli struggles for acceptance and finally led to live amongst his own kind in the adjoining village on account of his inability to measure up to the actual wolves. A man or a wolf? Neither or both? He staggers through this vexing conundrum as the visual masterpiece plies us with heavy doses of intricate CGI-animals inhabiting the jungle that is set athwart a village full of humans. In the quest to belong, he perseveres through the trials and tribulations that lob up in his turbulent journey. The only quibble about this movie is that it tends to appear disjointed at various points. Although that gets gratifyingly compensated by the spectacular display of CGI fused with live-action. Through blood-curdling screams, gunshots and gory hunting, the movie aims to hit every note in the whole spectrum of themes that the story contextually intended to represent. Final flushes of the film depict his mastery over the worlds that not so long ago mastered him as he avenges his parent’s death and finds acceptance in places he previously felt abandoned and bawled out by. Fighting the vicious tiger with doubled rage and man-tools, he beckons his pack with a perfect howl unveiling a rare spectacle of redemption as the animals draw into the frame to witness the ultimate retribution. It’s the emergence of the man-cub as a survivor that makes it all the more cathartic to watch.