SPARK Connect conference flags off on a positive note

A bevy of well-known names from the AVGC industry as well as that of content and AR/VR convened at the Whistling Woods International institute as Animation Xpress successfully saw off its conference SPARK Connect. With the theme Rewind and Forecast, panel discussions of the animation, VFX, AR/VR, content and gaming segments were observed which revolved around all the major happenings in the year gone by, and also prognosticating what lies ahead for the industry.

After the opening ceremony of lighting the lamps, Green Gold Animation chief strategy officer Srinivas Chilakalapudi kick-started the proceedings with a short keynote that traced Chhota Bheem series’ journey to success whilst also vehemently addressing some issues contented by the animation industry and movies in the country, such as the perception of the latter in the society as a mere kids content, for instance. 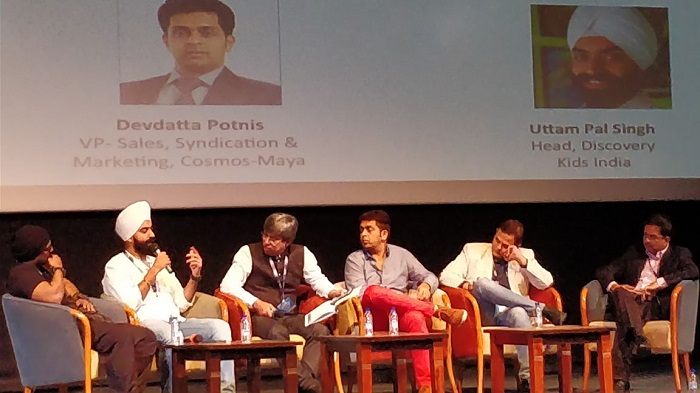 He was later joined by prominent names like Devdutt Potnis from Cosmos Maya, Kishor Shrivastav from Toonz Media Group, Uttam Pal Singh from Discovery India, and Vaibhav More from Vaibhav More Films for the animation panel, moderated by AnimationXpress founder, CEO and editor-in-chief Anil Wanvari and assessed some of the major talking points spruced up from the animation industry in the last year or two. The discussion also touched upon the challenges in the Indian market while also prophesying a “change in the whole game” a few years down the line.

Following in its coat-tails was a deliberation on the seamless content world that hopped from how the content landscape has changed, to the interest in local drama from regions as far as Chile and Argentina. The panel also ideated on the possible ways to take a domestic content to the global market, such as making the local product the global way, having clear objectives or even the quality of being aggressive. 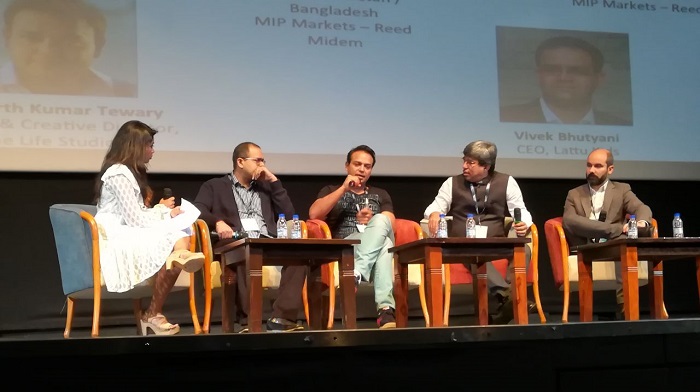 Post lunch, the event witnessed a special segment on comics by Abhijeet Kini, who enlightened about the rising trend of digitisation of comics and how’s the Indian industry warming up to the same. With the plight of independent comic publishers being notable, the essentiality of monetary returns upon going digital was also mentioned. The demand for a new content that isn’t mainstream and how the decision of monetary term deals is made, were some of the other important issues raised.

Next up was the VFX panel, where the massive success witnessed in the television sphere last year was one of the key talking points, whilst also bringing to the fore the lack of visual effects education. However, the prospects for 2018 are supposedly bright as the group was inclined to look through the rose-tinted glasses. The progresses made in the organisations present, in 2017, were also divulged. 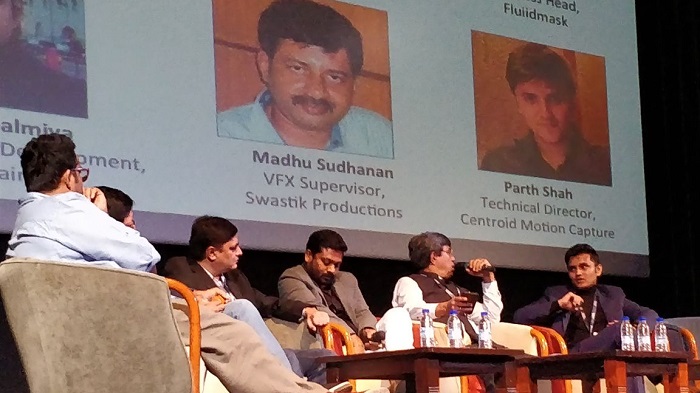 The panel also spoke of the virtue of patience in the process to attain greater position in one’s career and how hard work, just like anywhere else, plays it role here too.

Saurabh Dalmiya from Anibrain, Madhu Sudhanan from Swastik Productions, Yogesh Chhag from Fluiidmask, Naveen Paul from NY VFXWAALA and Parth Shah from Centroid Motion Capture were all part of the VFX panel, which was moderated by Anil Wanvari.

There was another special segment in the aftermath, with education as the subject and skimmed over some pertinent issues such as the quality of education dished out by the institutions, salaries, job prospects, course corrections in the curriculum and then some. Chaitanya Chinchlikar from Whistling Woods and Shajan Samuel from MAAC.

Even as the country boasts a young population, gaming is all the rage. With a database of apparently 770 million gamers in India, it’s one of the hottest segments and the same was discussed at the panel of well-known figures from the industry. Esports is a universal fad, and its roots in India were also traced along with its popularity on mobile phones being discussed. 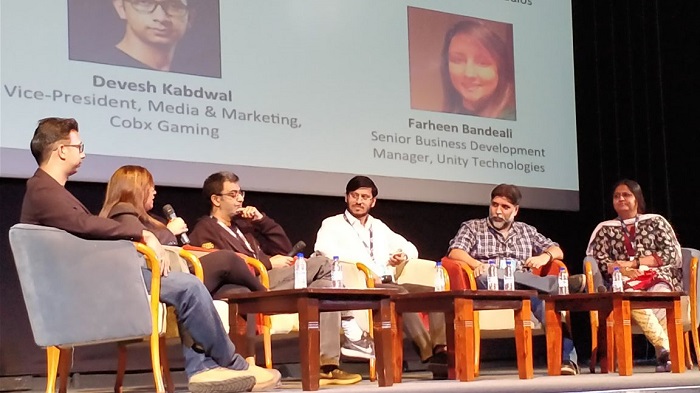 With more exciting gaming tournaments lined-up ahead in 2018, it is envisioned to be a promising year. Some of the instrumental measures pointed out to ensure a finer year include modifying the monetisation perspective, bringing in more neuroscience, artificial intelligence, making relentless efforts et al.

The final panel of the day was AR/VR and all that jazz which is gripping masses world over. With technologies making seamless advancements year on year, newer avenues for experiencing virtual reality have opened up, including participating in a game within the four confines of one’s home. The emotions felt through the VR medium too, is striking. The discussion also swerved around how VR is getting more interactive and the quality, increasing.

VR is apparently the future of movies, as the session ended with the possibilities of newer techniques to be brought in and what to look forward to from the year.