Nissan today announced the winners of the Nissan and PlayStation GT Academy India challenge. These six gamers will travel to Silverstone in the United Kingdom to represent India at the International Race Camp.

At Silverstone, they will compete with aspiring racers from Thailand, Mexico, Australia and the Middle East for the chance of a career as a professional racing driver. 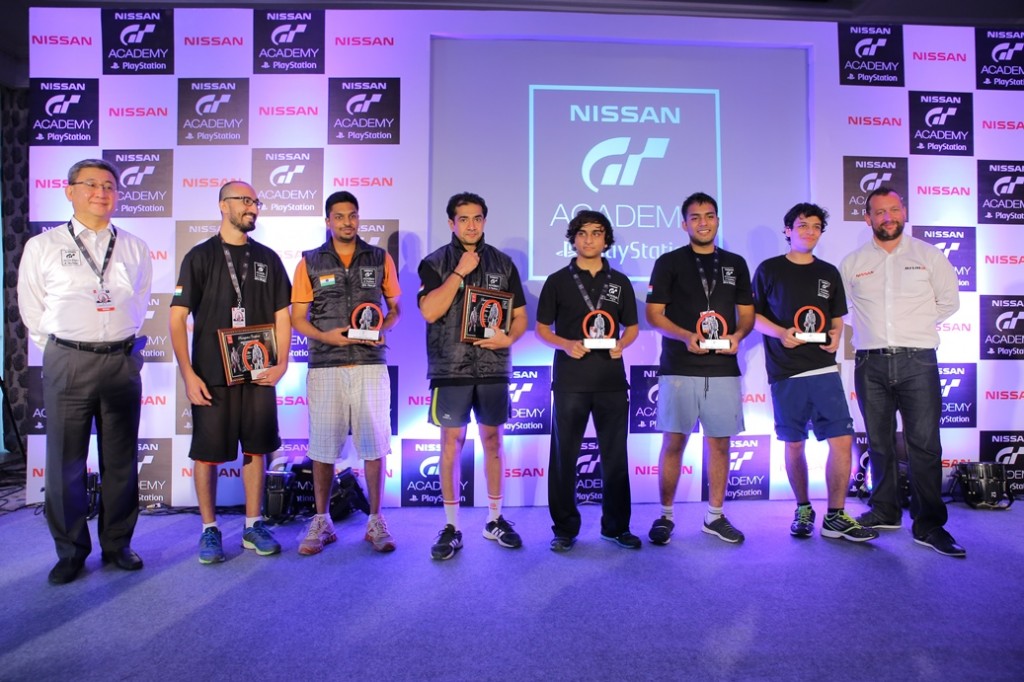 The top six are –

These six gamers took victory in the high-octane national qualifying round of Nissan GT Academy in Jaipur, where 28 regional finalists competed against each other. Getting to the national finals was a major achievement in itself. The finalists had each clocked the fastest lap time in their region during the five-month long qualifying rounds across India. More than 5000 hopefuls entered the competition.

In Jaipur the 28 finalists were subjected to two days of intensive testing and evaluation. They competed in race simulator time trials and their skills were further tested driving real Nissan Micra on the track. Their physical and mental strength and personalities were evaluated. Selection of the final six was based on their overall performance.

Mr. Kenichiro Yomura, President – Nissan India Operations said, “Our aim was to reach out to the people of India, find local motor racing talent and give them the chance to compete at the highest levels of motorsport. Motor racing is becoming more and more popular. With the innovative GT Academy Nissan has put the excitement of racing on the track within reach of everybody in India, if they have the talent and determination to succeed. Congratulations to the six winners and I am eager to see them competing with other challengers from other countries at Silverstone.”

Mr. Darren Cox, Global Director, Nissan Motorsports (NISMO) said, “I was delighted to witness the fervour among the contestants at the GT Academy India National Final. India has plenty of promising motor racing talent. The competitiveness of the national finalists was impressive and I am confident that the Indian winners will be strong contenders for the ultimate prize at Silverstone.”

Silverstone International Race Camp and making of the Nismo Athlete

At Silverstone, the six Indian contestants will be pitted against six contestants each from Thailand, Mexico, Australia and the Middle East who are also new to the programme. Under the supervision of experts from the world of motorsports all international contestants will undergo and endure exhaustive training for mental and physical strength. Their driving skills will be tested and honed on the Formula One Silverstone motor racing circuit in Nismo-tuned Nissan 370Zs and GT-Rs. GT Academy’s Silverstone Race Camp will eliminate all but the overall winner, one from any one of the competing nations, who will then move on to the three-month Driver Development Programme and learn all the skills necessary to compete in an international ‘graduation race’.

GT Academy is an innovative platform that offers aspiring racers and gaming enthusiasts the chance win a place in the internationally acclaimed driver discovery and development programme.

Entered by racing on the Gran Turismo®6* video game, exclusive to PlayStation®3, GT Academy is a ‘virtual to reality’ programme that tests the racing acumen of enthusiasts through a time-trial competition on PlayStation GT6 racing simulators. Qualifying rounds were run in the form of time-trials, conducted as ‘Live Events’ at shopping malls in New Delhi, Mumbai, Hyderabad, Bengaluru and Chennai. Qualifying was conducted via the PlayStation Network (PSN) or the Sony Entertainment Network (SEN)

Ordinary people across the world, with an aspiration to pursue a career in motor racing have found the opportunity of their lifetime in the Nissan PlayStation GT Academy driver discovery and development programme.

The international award-winning Nissan PlayStation GT Academy is in its sixth year and has been hugely popular and successful in Europe, Russia, the USA, the Middle East and South Africa. In early 2014 India took its place in the newly created international league.