Marvel has brought on board Chinaka Hodge as head writer for the Disney+ series, Ironheart, Variety has reported.

Ironheart will star Dominique Thorne as the Marvel character Riri Williams, a genius inventor and the creator of the most advanced suit of armour since Iron Man aka Tony Stark. The series was first announced being in development during Disney’s investor day presentation in December 2020. No official comments have been made by Hodge and Marvel Studios so far. 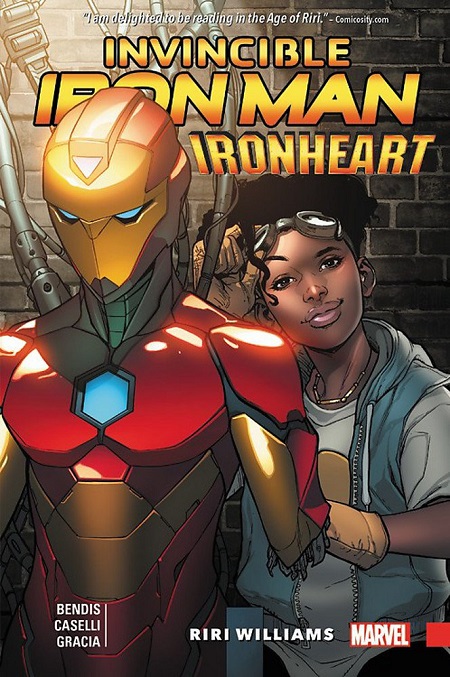 Williams was the creation of writer Brian Michael Bendis and artist Mike Deodato and first introduced in the Marvel Comics in 2016. In the comics, she is a 15-year-old MIT student who reverse engineers Iron Man’s armour in order to create armour of her own. Tony Stark, eventually took notice and gave her his encouragement to pursue the life of a superhero.

Hodge, a screenwriter, poet, playwright, and educator, is a known name in the television space. Her writing credits include the Apple reboot of Amazing Stories, as well as the TNT series adaptation of Snowpiercer starring Daveed Diggs. She has published two books of poetry to date, For Girls with Hips: Collected Poems and Writings and Dated Emcees, while her plays include Chasing Mehserle and Mirrors in Every Corner. She is also a founding member of the hip hop collective The Getback along with Diggs and others.

Ironheart is one of multiple Marvel-Disney+ shows currently in works that will focus on ‘Women of Colour’. Bisha K. Ali is currently working on the Ms. Marvel series coming soon on the streamer starring Iman Vellani, while Jessica Gao is leading the She-Hulk series starring Tatiana Maslany.

Marvel shows such as WandaVision and The Falcon and the Winter Soldier have already launched on the streamer with great reviews, while Loki is set to release in June. Other original series in the pipeline include Hawkeye, Secret Invasion, Moon Knight, and an untitled Wakanda series.