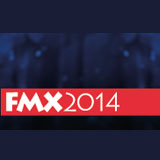 Europe’s most renowned conference for the makers of the digital entertainment industry is proud to welcome the world-famous and foremost “performance-capture” pioneer and actor Andy Serkis to Stuttgart. Andy Serkis’ presentation is one of this year’s highlight keynotes at FMX 2014. 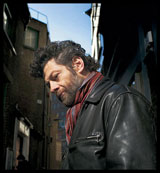 memorable roles. He gained legions of fans around the globe for his performance as Gollum in the Academy Award®-winning The Lord of the Rings trilogy, directed by Peter Jackson. Serkis won an Empire Award for his role, in addition to sharing in several Outstanding Ensemble Cast Awards, including a Screen Actors Guild Award. Reuniting with Jackson, he played two roles in the director’s epic retelling of King Kong. Serkis’ ability to exhaust the possibilities of motion capture to create a nuanced, believable character recently earned him the CinemaCon Vanguard Award that is bestowed by CinemaCon.

Serkis recently announced that he will be directing an adaptation of Richard Kipling’s The Jungle Book for Warner Bros. He served as 2nd Unit Director on Peter Jackson’s The Hobbit trilogy (most recently, The Hobbit: The Desolation of Smaug) and reprised the role of Gollum in The Hobbit: An Unexpected Journey. In October 2012, Serkis announced the acquisition of two projects that will be produced by his London based performance capture studio, The Imaginarium: The Bone Season, which Serkis will direct. Other recent credits include a starring role as Captain Haddock in The Adventures of Tintin, from director Steven Spielberg and had co-starring roles in Death of a Superhero and Brighton Rock. In 2010, Serkis received critical acclaim and accolades for his portrayal of punk-rock legend Ian Dury in the film Sex & Drugs & Rock & Roll for director Mat Whitecross which earned him a BAFTA nomination for Best Actor.

His further filmography includes roles in Burke & Hare, the BBC miniseries Little Dorrit, the BBC/HBO production ofEinstein and Eddington, Golden Globe and BAFTA TV Award nominations for his performance in HBO’s Longford,Oliver Twist, Christopher Nolan’s The Prestige and many more. An accomplished stage actor, Serkis has received acclaim for his work on the stages of London and across the United Kingdom where he also made his directorial debut with the play The Double Bass at London’s Southwark Playhouse. As a director, Serkis also helmed the award-winning Heavenly Sword™ for PLAYSTATION®3 and Enslaved: Odyssey to the West for Namco Bandai Games. In addition, he wrote and directed a short film called Snake, starring his wife, Lorraine Ashbourne and Rupert Graves.

In Dawn of the Planet of the Apes, a growing nation of genetically evolved apes led by Caesar is threatened by a band of human survivors of the devastating virus unleashed a decade earlier. They reach a fragile peace, but it proves short-lived, as both sides are brought to the brink of a war that will determine who will emerge as Earth’s dominant species. Dawn of the Planet of the Apes will release in Germany in theatres on August 7, 2014.