In an era when movies were just a weekly treat on television, Zee Cinema revolutionised the movie viewing experience on satellite television by introducing India’s first 24 hours Hindi movie channel.

Designed and developed by the internationally acclaimed design studio Supere Studio from Argentina, the refreshed packaging is derived from an extensive qualitative research and analysis mapping the consumer behavior and their consumption pattern.

One of the key insights that emerged out of this research was the matter in which cinema is consumed in India. Movies are considered as dream factories that immerse its audiences by making them part of a larger than life phenomenon. Taking a cue from such insights that are in sync with the channel’s core proposition of ‘Movies.Masti.Magic.’, the refreshed brand identity introduces the magical element of a portal that creates an aura of fantasy that resonate the thoughts of millions. Appealing to a wider spectrum of audiences, the refreshed identity exhibits a vibrant and dynamic animation that captures the true essence of masti.

Keeping intact the brand’s key components of yellow and green colours, the new sleek logo of the channel has reversed the dominance of yellow along with the fresher flavour of green. The added colour scheme of the new packaging exudes dynamism with an interesting splash of colours – red and blue – which amplifies the variety showcased on the channel. 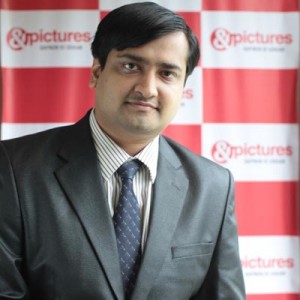 Speaking on the new identity, Zeel deputy business head, Hindi movie channels Ruchir Tiwari said, “Acknowledging with gratitude the adulation that our audiences have showered upon us over the years, Zee Cinema is now entering an exciting phase in its 21st year. Perceived as the trusted and most preferred Hindi movies destination, the channel is considered an important family member by its viewers.”

He further added, “Just as cinema has changed over time, audiences preference have also shifted in accordance with cultural tastes and trends and Zee Cinema has, always, evolved to keep in sync with these changing scenarios. Keeping this in mind, we have refreshed and modernized the identity while retaining the inherent equity held in the current look and feel. The revamped packaging is designed to heighten the movie viewing experience for our audiences all around the globe.”

The channel is also adding many new titles to its vast library including the year’s most awaited blockbuster Singh is Bling starring Akshay Kumar; Khoobsurat and The Shaukeens amongst others. It is also gearing up for the #HDFirst premiere of the National Awards winning film Haider in April on Zee Cinema HD.