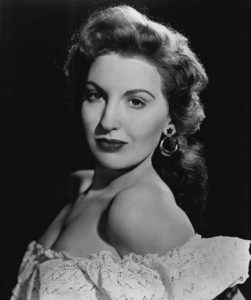 Veteran voice actor, Julie Bennet, best known for her role as Cindy Bear in the classic Hanna-Barbera Yogi Bear cartoons, died from Covid-19 on 31 March. Her death was announced by her talent agent Mark Scroggs. Bennet who was 88 was diagnosed with coronavirus last week and was getting treated at Los Angeles’s Cedars-Sinai Medical Center.

The most recent of her voice work was in Spider-Man: The Animated Series, and Garfield and Friends. She also had roles in other Hanna-Barbera projects, the 1962 feature Gay Purr-ee, various Mr. Magoo and Looney Tunes cartoons, the 1963 short Transylvania 6-500 and Woody Allen’s 1966 What’s Up, Tiger Lily? Bennett also provided the voice for a talking Barbie Doll, according to Scroggs.

As an actress, Bennett appeared on such classic TV series as Dragnet, Leave It to Beaver, Superman, Gunsmoke, The Tonight Show, The Sid Caesar Show and Love, American Style along with various Bob Hope specials. On one of the latter, she gave nine-time Olympic gold medalist Mark Spitz his first on-camera kiss in a sketch.

According to WHO, Covid-19 has claimed over 45,693 lives globally and has affected over nine lakh people.